R.I.P. songwriter Alan Merrill who co-wrote the song “I Love Rock ‘N’ Roll” & passes away due to COVID-19

Very sad news for the music industry as following the news yesterday that Riot Act and ex-Riot guitarist Lou Kouvaris passed away due to the COVID-19 virus, it’s now The Arrows singer / songwriter Alan Merrill‘s turn to succumb to the virus. Merrill co-wrote the song “I Love Rock ‘N’ Roll” which would later be covered by and become a number one hit single for Joan Jett & 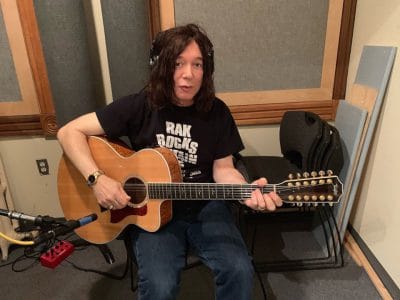 “Singer-songwriter Alan Merrill passed away early Sunday morning (at the age of 69) due to the corona virus. Merrill was best known for the song “I Love Rock N’ Roll”, which he wrote and originally performed with his band The Arrows. The song became hugely popular after being covered by Joan Jett. Rest In Peace Alan.”

Wikipedia summarizes Merrill‘s career as follows (with slight edits): “Alan Merrill (born Allan Preston Sachs; February 19, 1951 – March 29, 2020) was an American vocalist, guitarist, songwriter, actor and model. In the early 1970s, Merrill was the first Westerner to achieve pop star status in Japan. He was the lead singer and author of the first released version of the song “I Love Rock ‘n’ Roll” by The Arrows in 1975.

Merrill was best known as a vocalist and songwriter but also played the guitar, bass guitar, harmonica and keyboards.”

Joan Jett & The Blackhearts – I Love Rock N RollLyrics:I saw him dancin’ there by the record machineI knew he must a been about seventeenThe beat was goin’ s…