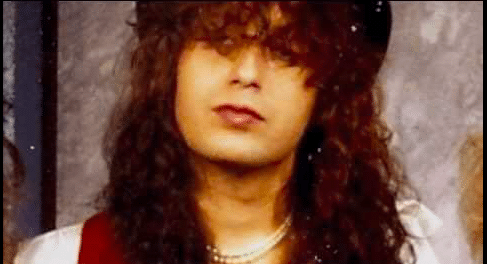 Very sad news as Spiders & Snakes and former London guitarist Lizzie Grey who co-wrote one of Mötley Crüe‘s early songs — “Public Enemy #1” — has passed away after an almost 10 year battle with Parkinson’s and Lewy Body Dementia.

The following message was posted on his former London bandmate Nadir D’Priest‘s Facebook page a few hours ago: 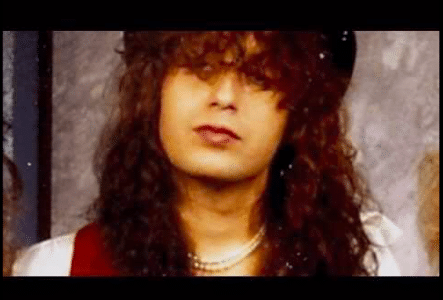 “✨?✨It is with great sadness to share the news that we have lost our band mate Lizzie Grey co founder of LONDON. today at 2:19 am August 5th,2019 ??✨ I am lost in images of us building our drum risers, stage props and even bombs. We did it all together during the most amazing time for a bunch of crazy kids. I will miss him very much and I will make sure our music lives on.

Lizzie left a wife 2 daughters and a son Alex.”

Wikipedia indicates the following in part about Grey (with slight edits):

“Stephen Perry (born August 13, 1958; died August 5, 2019), who uses the stage name Lizzie Grey, was an American professional musician. He is perhaps best known for his membership as a guitarist in the heavy metal band London and for co-writing the Mötley Crüe song “Public Enemy #1”. He currently performs with the glam rock band Spiders & Snakes.

He was the guitarist for the band Sister with Blackie Lawless and Nikki Sixx in the mid-to-late 1970s. Thereafter he formed the band London with Nikki Sixx, drummer Dane Rage, keyboardist John St. John, and vocalist Henri Valentine, who was later replaced by Nigel Benjamin, formerly of Mott. The band garnered a huge following of glam rock fans from the late 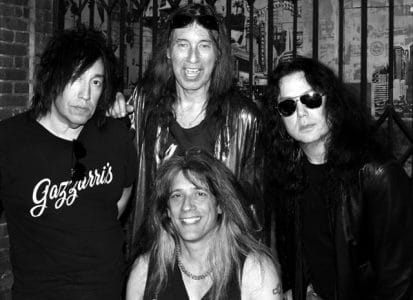 1970s, spearheaded by the interests of such notables as Rodney Bingenheimer and Kim Fowley. Differences arose between Nikki Sixx and Nigel Benjamin, and the band finally broke up. Shortly afterward there was a revision of the band London featuring vocalist Nadir D’Priest, which recorded internationally recognized albums and was featured in the movie The Decline of Western Civilization Part II: The Metal Years. This version of London continued until the late ’80s, when Lizzie decided to take over his own lead vocals, forming the band Ultra Pop which was heavily influenced by the band T-Rex, with Vince Votel, Ernie Machado, and Chris Solberg. Ultra Pop changed its name to Spiders & Snakes in 1990 with the addition of drummer Timothy Jay.

Spiders & Snakes made several recordings beginning in the 1990s. In 2000, just after the release of the album London Daze, bassist Leigh Lawson died. During this brief split in the band membership, Lizzie explored musical endeavors with various bands in Arizona before returning to Los Angeles to carry on the legacy of Spiders & Snakes where it remains to this day, with current band members Chris Sheridan, Phil St. Vincent and Timothy Jay.”