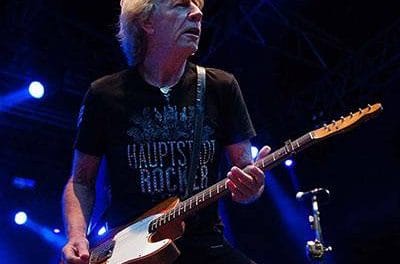 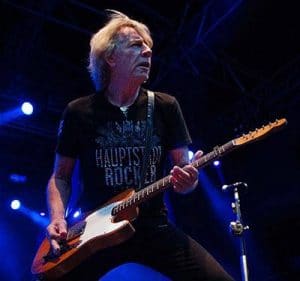 He was the second longest tenured member of the legendary group as he is listed as joining in 1967. Only Status Quo frontman Francis Rossi has been in the group longer than Parfitt.

We are truly devastated to have to announce that Status Quo guitarist Rick Parfitt has passed away at lunchtime today.

He died in hospital in Marbella, Spain as a result of a severe infection, having been admitted to hospital on Thursday evening following complications to a shoulder injury incurred by a previous fall.

This tragic news comes at a time when Rick was hugely looking forward to launching a solo career with an album and autobiography planned for 2017 following his departure from Status Quo’s touring activities on medical advice. 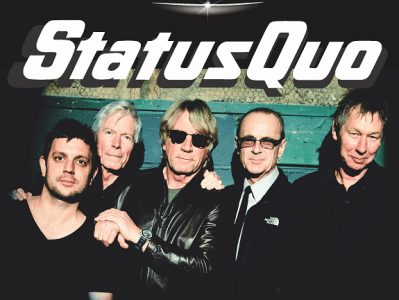 He will be sorely missed by his family, friends, fellow band members, management, crew and his dedicated legion of fans from throughout the world, gained through 50 years of monumental success with Status Quo.

Rick is survived by his wife Lyndsay, their twins Tommy and Lily and Rick’s adult children Rick Jnr and Harry.

No further comment will be made at this time and Rick‘s family, and the band, ask for their privacy to be respected at this difficult time.”

Wikipedia describes Status Quo in part and as follows (with slight edits):

“Status Quo are an English rock band whose music is characterized by their distinctive brand of boogie rock. The group originated in The Spectres, founded by schoolboys Francis Rossi and Alan Lancaster in 1962. After a number of lineup changes, which included the introduction of Rick Parfitt…, the band became The Status Quo in 1967 and Status Quo in 1969.

They have had over 60 chart hits in the UK, more than any other rock band, including “Pictures of Matchstick Men” in 1967, “Whatever You Want” in 1979 and “In the Army Now” in 2010. Twenty-two of these reached the Top 10 in the UK Singles Chart. In July 1985, the band opened Live Aid at Wembley Stadium with “Rockin’ All Over the World”. In 1991, Status Quo received a Brit Award for Outstanding Contribution to Music.”

Status Quo playing “Rockin’ All Over The World” live at Knebworth, Hertfordshire on June 30, 1990:

Status Quo – Rockin’ All Over The World (Live At Knebworth)