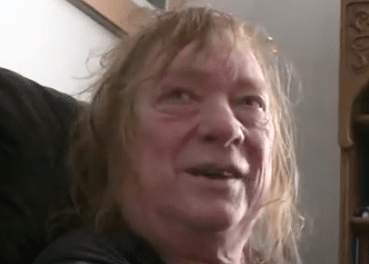 Very sad news as one of the original members of the iconic band The Sweet has passed away. The Sweet bassist Steve Priest has passed at the age of 72.

The following message was posted earlier today on the Facebook page of Priest‘s version of The Sweet: 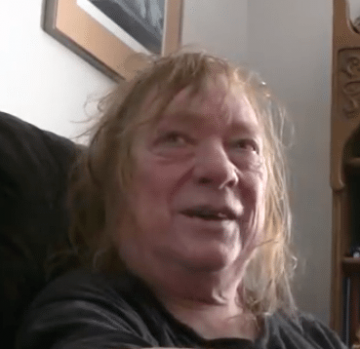 We have very sad news – Please see the below statement from Steve Priest’s family.

“It is with a heavy heart that we announce at 8:25am PT today, Steve Priest, founding member of The Sweet, passed away. He is survived by his wife, Maureen, three daughters, Lisa, Danielle & Maggie and 3 grandchildren, Jordan, Jade & Hazel.”

Only guitarist Andy Scott remains from The Sweet‘s classic line-up. The guitarist posted the following message earlier today on the Facebook account of his version of The Sweet:

“Then there was one!

I am in pieces right now. Steve Priest has passed away. His wife Maureen and I have kept in contact and though his health was failing I never envisaged this moment. Never. My thoughts are with his family x.

He was the best bass player I ever played with. The noise we made as a band was so powerful. From that moment in the summer of 1970 when set off on our Musical Odyssey the world opened up and the rollercoaster ride started! He eventually followed his heart and moved to the USA. First New York then LA.

Rest in Peace brother. All my love.

Sleaze Roxx recently interviewed guitarist Mitch Perry who has played in Priest‘s version of The Sweet for the last six years. Perry indicated as follows in a message posted on his Facebook account earlier today:

“It goes without saying that Steve Priest created more than a few iconic moments in music with his band Sweet….I can remember first seeing them on TV when my family moved to London in 1971 just like it was yesterday…..Little then did I know what the future held in store!….. it has been an absolute privilege and one of the highlights of my career to be able to play the music of Sweet alongside Steve for the last 6 years so it breaks my heart to be writing this post…..At least I know he is no longer in pain now and I can picture him sitting down with a glass of wine in his hand watching everything from above with a bemused grin on his face….Godspeed my friend, I am gonna miss you….” 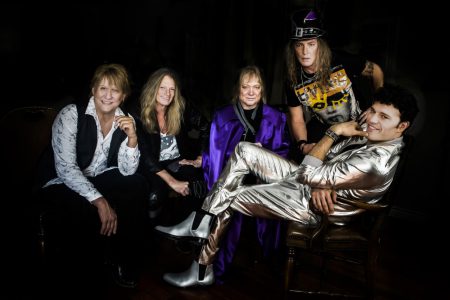 Wikipedia states the following in part about Priest‘s music career

“In January 1968, Priest was invited to form a four-piece band with vocalist Brian Connolly, drummer Mick Tucker, and guitarist Frank Torpey (b. 30 April 1947, Kilburn, North West London) – the band that was to become The Sweet. Torpey was replaced by Mick Stewart in 1969. Guitarist Andy Scott joined in August 1970, following Stewart‘s departure and the classic line-up established.

The Sweet was a band that went through many ups and downs. Initial success for The Sweet began in 1971, after the band teamed up with songwriters Nicky Chinn and Mike Chapman. However, The Sweet would pen a number of their own hits. Priest often directly backed up Brian Connolly‘s vocals and took distinctive short high pitched vocal leads which was a key to their musical style at that time.

After Brian Connolly left The Sweet in early 1979, Priest became the main singer. This continued until 1982, when the original Sweet disbanded….

Invited in 1985 by former bandmate Andy Scott to reform the Sweet, Priest declined. Shortly thereafter, Priest and his family relocated to Los Angeles.

During this period, Priest largely reverted to private life but made occasional forays into production and session work, as well as collaborations with other artists such as David Arkenstone and future bandmate Stuart Smith.

Priest did, however, go into a demo session in Los Angeles with the other members of the original Sweet in 1988, with Mike Chapman producing, to see if a studio album and reformation were possible. It is rumoured that the US record company MCA was interested at the time. However, the band members were unable to come to an agreement and the project failed. Despite the difficulties of the late ’70s, Priest continued his friendship with former Sweet lead singer Connolly, who was by now in poor health….

This new band played mainly festivals and venues in the U.S. and Canada. In early 2009, the band released a live CD, recorded in August 2008 at the Morongo Casino in Cabazon, California.”