Sad news as Trans-Siberian Orchestra leader and former Savatage producer Paul O’Neill has passed away today at the age of 61 due to chronic illness. O’Neill was born on February 23, 1956 in New York City, New York, USA. 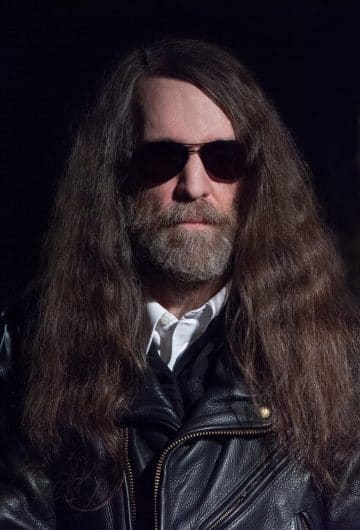 The following succinct message was posted on Trans-Siberian Orchestra‘s website less than an hour ago:

“The entire Trans-Siberian Orchestra family, past and present, is heartbroken to share the devastating news that Paul O’Neill has passed away from chronic illness.

He was our friend and our leader — a truly creative spirit and an altruistic soul. This is a profound and indescribable loss for us all.

We ask that you respect Paul’s family’s privacy now.

We will make additional announcements shortly.”

“Among other bands, O’Neill helmed Aerosmith‘s Classics Live I and Classics Live II albums before beginning a fortuitous relationship with the band Savatage that led to conceptual pieces such as Hall of the Mountain King, Gutter Ballet, Streets: A Rock Opera and Dead Winter Dead. It also introduced him to Jon Oliva, Bob Kinkel and Al Pitrelli, as well as reconnecting him with legendary studio engineer Dave Wittman, who all became key original collaborators in O’Neill‘s grand vision – Trans-Siberian Orchestra.

“I wanted to take the very best of all the forms of music I grew up on and merge them into a new style,” O’Neill says. “Basically I was building on the work of everybody I worshipped: the rock opera parts from bands like the Who; the marriage of classical and rock from bands like Emerson, Lake & Palmer and Queen; the over-the-top light show from bands like Pink Floyd…I always wanted to do a full rock opera with a full progressive band and at least 24 lead singers.

O’Neill took the idea to Atlantic Records which, to his surprise, went for it and financed the creation of Romanov which was initially to be TSO’s first release. “We were very fortunate,” he says. “It was one of the only labels left that still did an “old school” kind of artist development.” My original concept was; “We were going to do six rock operas, a trilogy about Christmas and maybe one or two regular albums.” 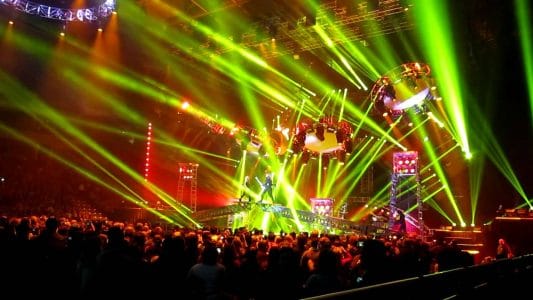 But TSO really cemented its following in concert. The group hit the road in 1999, beginning an annual November–December extravaganza that O’Neill takes pride in being “as over the top as we can make it.” “We have, two stages — with pyro, light and lasers — on both sides of the arena, as well as in the crowd and the best sound we can find…There’s no second-class seats at a Trans-Siberian Orchestra show. I want people to walk out of our shows speechless and…still not believing what they have seen was possible.”

“We spend a lot of time planning,” O’Neill confesses with a laugh, “and people are always telling me, ‘Paul, stop writing and start recording!’ It’s working out great, though. I feel lucky that it’s gone this long and that we get to do what we love for a living. The arts have incredible power, and with that comes incredible responsibility. Someone once said that if you want to change the world, don’t become a politician — write a book, write a great song. I believe in that, and that’s what Trans-Siberian Orchestra is about.”

“I’ve always believed that music has the power to transport and transform,” O’Neill explained. “The original concept of Trans-Siberian Orchestra was how to make music have the most emotional impact. We always try to write melodies that are so infectious they don’t need lyrics and lyrics so poetic that they don’t need a melody, but when you combine the two together they create an alloy where the sum of the parts is greater than the whole. Once those songs are woven together into a tapestry they create a story which gives each song a third dimension.”

“That was so much in the spirit of Trans-Siberian Orchestra“, O’Neill explains. “This is a group — a constantly morphing group — of extremely creative and talented individuals who are always trying to raise the bar of where a band can take its audience sonically, visually and emotionally. With that as our core ideal, the possibilities are endless.”

One of Savatage´s classics, from the first period of the band – with Jon Oliva on vocals. Find the album on iTunes here: http://itunes.apple.com/de/album/hal…

From the original video master, the official video for one of early SAVATAGE´s classics.Find it on iTunes Here: http://itunes.apple.com/de/album/gutter-balle…