Radio Exile release video for “No Pity On The Highway”

Radio Exile have released a video for the song “No Pity On The Highway” from their self-titled debut album, which was released on October 23, 2015.

“In the post era of the FM dominated airwaves comes a new generation of classic rock, Radio Exile. 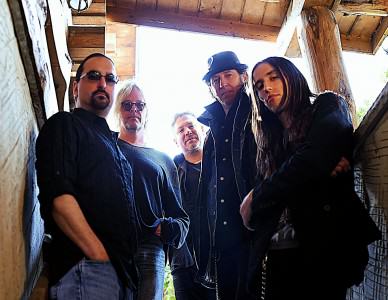 On rare occasions, some magical-artistic vibe goes out calling up a unique set of musicians to create groundbreaking music. When truly great musicians come together, the resulting brotherhood/sisterhood embraces their diversity, enabling them to collaborate so as to push through otherwise insurmountable boundaries. Collaboratively, they each pour the very best of what makes them cutting edge individually, into one dynamic presentation. For the rest of us, we are compelled to listen over and over.

When Charlie Calv decided to send out the vibe, he probably didn’t anticipate collective perfection, but that is what he got. When Charlie and Chandler Mogel wrote the music and lyrics for these songs, they could not have anticipated the individual masterpiece each would become. But that is what they got. Take two brilliant writers and musicians, collaborating with some of the best individual players in the world and you understand why this music is so strong. Radio Exile is one of the very best hard rock projects to come along in many years.

Individually, the musicians that come together to form Radio Exile, perform on stage or in the studio with the greatest artists of our time. This list includes Paul McCartney, Bob Dylan, Hall and Oates, Allison Krauss, Billy Idol, John Waite, members of Pink Floyd, Styx, Journey, Van Halen, the Rolling Stones, and Black Sabbath. This talent pool has been tapped, used, and appreciated over the years. Now, together as one, five brilliantly successful, creative worlds collide in a panoramic musical explosion. 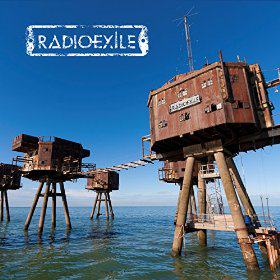 The lineup is notable with Charlie on keyboards and Chandler on lead vocals. Jimmy Leahey contributes his soulful guitar playing, and all are constructed on the rhythm foundations crafted by bassist Kenny Aaronson and percussion specialist Dave Anthony. Their impressive resumes list their many accomplishments, but only hint at what Radio Exile truly represents. What makes this project so epic is that these five distinguished artists draw us in to experience their passion and love for music right along with them. From the hard-hitting, bombastic percussion of “High Road, High Price,” to the gospel infused “A Cross on Stone” – featuring the voices of Jessie Wagner (Kid Rock and Lenny Kravitz), Joe Cerisano (TSO and Silver Condor) and Amy Harnell (Tony Harnell and The Mercury Train) – these tracks are sure to stand the test of time.

Reuniting some old friends, and making some new, Radio Exile is a fantastic blend of hard rock that will not disappoint the existing fans of any of these musicians. In fact, Radio Exile is sure to gain a new generation of fans who will be hungry for more. When the sure hand of destiny channels the melodic heart, we celebrate the creation. Radio Exile is exactly that and more. Just listen….”