Greek melodic rockers Rain Or Shine will be releasing their second studio album The Darkest Part of Me via Perris Records on February 15, 2019. 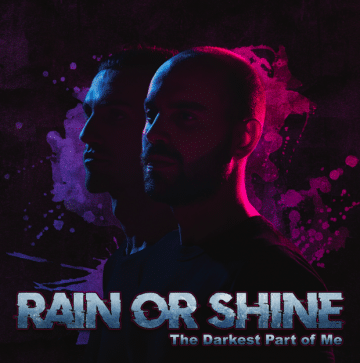 “Perris Records president Tom Mathers is proud to announce the signing of Rain Or Shine to their release of their second album called “The Darkest Part of Me”, out on the 15th of February, 2019. Steve S.R. the vocalist had this to say about the deal “We proudly announce that we signed a record deal with Perris Records for the release of our second album “The Darkest Part of Me”. It’s been an awesome journey creating this album and we can’t wait to hear your feedback on it.” Fans of Bon Jovi, Europe, Winger, Nickelback & Giant will enjoy this melodic rock release.

Rain Or Shine is a melodic hard rock band based in Athens, Greece and was formed in 2013 by Steve S.R. and Andy R. McCormick. Steve S.R. is the lead singer, plays the guitars, bass and keyboards in the project and also works as a producer and a mixing engineer. Andy R. McCormick plays the drums and the percussion. They both have been involved in several bands such as Wild Machine, Perfume, Sex-Rated, Embrace Fire and Backstage Love just to name a few and performed on a series of live events with great success supporting names such as Skid Row, Gilby Clarke, Tigertailz, Devildriver, DRI, Rotting Christ, Septic Flesh, Crashdïet, etc. 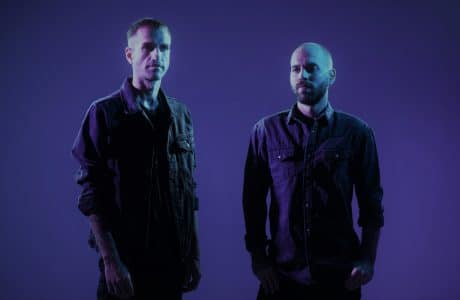 Steve studied classical guitar at an early age. At the age of fourteen, he started playing the piano with a view to improving his knowledge in music theory. At the same time, he was practising electric guitar and bass. It was only a matter of time before he wrote his own songs and began recording his ideas. That motivated him to study sound engineering and work on his mixing skills. He’s been mainly influenced by band such as Bon Jovi, Giant, Winger and more modern acts such as Nickelback, Sixx A.M., etc.

Andy R. McCormick started studying piano and guitar, but soon stopped and took drum lessons at the age of 13. He played in numerous cover bands mainly in metal/rock genre. His main influences were Led Zeppelin, Toto, Tower of Power, Steven Wilson just to name a few and definitely John Bonham, Jeff Porcaro, Tommy Lee, Steve Gadd, Vinnie Colaiuta, Gavin Harrison are still his main drum influences. In 2013, Steve and Andy got into the studio to start recording their debut album Seize The Night. Steve composed, produced and mixed all of the songs and the album was mastered by Chris Snyder at Online Stockholm Mastering. It was released in April 2014, digitally, along with a lyric video of the single “Seize the Night”. Later, Rain Or Shine released a video performing an acoustic version of the song “Believe”. The album was later re-released in physical form by Lions Pride Music in April 2018. It received great reviews by several blogs and webzines. In 2016, they once again got in the studio for the recordings of their second album called “The Darkest Part of Me”. Steve composed, arranged, produced and mixed the album for the following two years and it was finally mastered by John Mcris at Soundflakes Studios in June 2018.

To pre-order Rain Or Shine‘s new album, send an email to Perris Records at perrisorder@gmail.com.

Rain Or Shine‘s “Top Of The World” lyric video:

This is the new single from Rain Or Shine called “Top Of The World” included in the new album “The Darkest Part Of Me”. (out on February 15, 2019)You can fin…