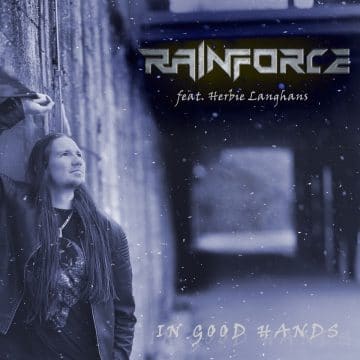 The following message was posted on Rainforce‘s Facebook page yesterday (with slight edits):

This is an alternate version of our song “In Good Hands”, originally track no. 2 on our current EP “Rock And Roll“.

For this new version, we had the pleasure to work with the following great artists:

Final mix (and the guitar solo in the middle of the song, of course) by Oliver Schneider (Pÿlon and many more)

The lyric video was made by Dave Kruse (Krusefx Video Productions)

Rainforce would like to thank you all for your great work!”

IN GOOD HANDS performed by Rainforce with Herbie Langhanswritten by Andy La Morteoriginal version appeared on the EP “Rock And Roll”www.rainforce.rockswww.fa…