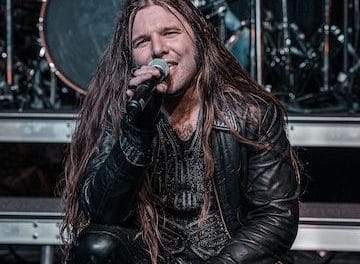 With the recent headlines that former Warrant frontman Jani Lane was drugged and raped by a famous heavy metal band member and that group’s manager back in the day, and that the singer admitted to being raped in an interview back in 2004,  Lipstick Generation frontman Greg Troyan has released a statement in support of Lane. 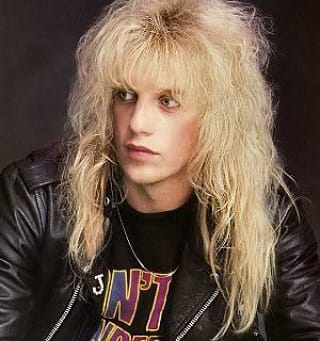 I feel compelled to write something in regards to the latest news about Jani Lane. A news story came out that Jani was raped by a famous metal musician and his manager, or rather the story resurfaced. This is something that haunted Jani his entire life. Being raped is something that completely changes the psyche of an individual for the rest of their life, and I know this because I too was a victim of rape. It happened to me as a child and the memories remained repressed for many years, so it’s not the same as Jani experiencing the horror as an adult, but it is something so hurtful that words can seldom describe the injustice.

Being raped as a straight male is horrifying in a culture that focuses on the power of masculinity. An individual can spend their entire life trying to prove their manliness and tough guy status by shoving down the emotions and heartache associated with the crime. I’ve found it very difficult to live a balanced life and overcome that hardship, and I’ve tried to sort out those hurt feelings with art, advocacy and charitable work in my community. It’s still a struggle in many ways, but I feel blessed I’ve found a path to healing.

Jani had a huge heart. He was supportive of Lipstick Generation in our earliest days and he loaned us his acoustic guitar to record one of the songs of our debut album. He’s part of the family, and family sticks up for one another. Jani did his best to fight the demons life unleashed upon him and remained a kind soul to the end. Let’s hope the legacy of this story is one of not allowing people to remain victims, to encourage people to speak out against injustice, and let us continue to honor one of the greatest songwriters in our genre of music. With rape, people are often defined their entire lives as victims. It’s a bad thing that happened to a good person, but let’s not allow this to define his legacy. Jani‘s legacy is that of a kind-hearted person who wrote some of the greatest rock songs of all time. Let’s hope that the criminals are brought to justice, but let’s make sure we continue to honor him and remember him the way he would want to be remembered.

With Love and Respect,
Greg Troyan“ 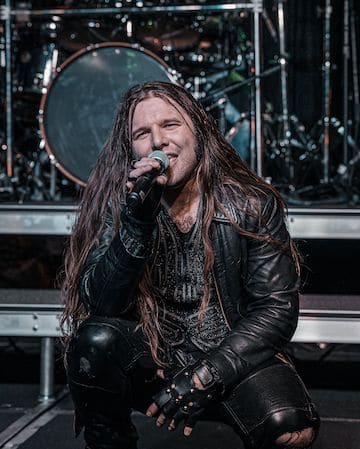 In an interview with Metal Mark back in September 2015 (with slight edits), Troyan opened up about his horrible experience in getting raped and the difficulties that he had in surmounting that terrible ordeal. Troyan indicated: “I had a bit of a rough childhood. I got raped at a young age by my stepfather, who was also physically abusive to my mother and myself. I attempted suicide when I was nine years old and ended up in an asylum for a little bit. I was a very depressed kid with low self-esteem, and I was surrounded by negativity in the media, at least in music. I grew up in the 90’s, so it was grunge and nu metal saying, “Your life sucks, your life is always going to suck, go kill yourself” and that just perpetuated the situation.

After my mother left my stepfather, my life improved greatly, and I experienced freedom and safety for the first time in my life, and that was around the time my biological father took me to a Kiss and Poison concert. I was 14, and I was exposed to music that was happy and optimistic, songs that said, “Yes, you can follow your dreams. Life is what you make it. You can be happy and you deserve to be happy.”

I thought to myself, “If someone had told me that when I was a kid, maybe I would have fought back sooner and maybe I would have gotten out of that situation sooner.” After that concert, I became a rock n roll fan, and I noticed that positive, uplifting music about chasing your dreams and believing in yourself wasn’t really being made anymore. There was a void, and I decided that someone needed to fill that void, and that’s why I started doing music, in hopes that some kid out there who needs to hear something positive hears my stuff, and it helps that kid get through whatever they need to get through. I’ve never been into the sleazy sex songs by rock bands, and I’m straight-edge, so drugs and alcohol never appealed to me. The Beatles are my favorite band, so I try to approach songs more from a romantic, loving perspective than a sleazy and sexual perspective.

It’s taken a lot of years to get over the stuff that happened in my childhood, and my relationship with my fiance has helped me more than anything else. Finding another human being who authentically loves you, scars and all, is the thing that helps heal scars the most. I’ve found a lot of therapy through my music and my friendships, but she has helped me do so much healing, and I hope as a songwriter my journey can be heard through the music I produce over my lifetime, and people can understand my story and hopefully get some guidance on their path through life.