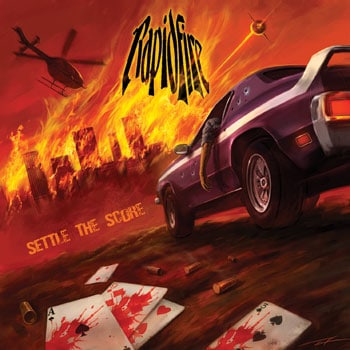 Rapidfire was the band who in 1990 arose from the ashes of HELLHOUND. They combined the speedier sound of bands like HELLHOUND, VICIOUS RUMORS, METAL CHURCH with the melodic finesse of ARMORED SAINT, LEATHERWOLF, MALICE, RELLIK to name but just a few.

The band did develop a sizable local following and had developed enough material for a full-length album, but they broke up in 1993 and the album never got released. So here is your chance to get yourself acquired with another piece of classic US metal history. Beautiful packaging with 12-page stapled booklet with band bio, lyrics, tons of pics and info.