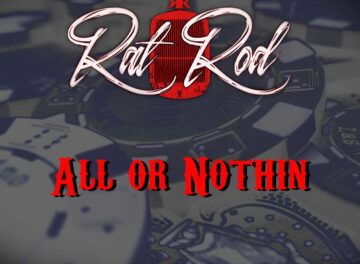 Philadelphia, Pennsylvania, USA based rockers Rat Rod consisting of lead vocalist Mike Smith, guitarists Mark McCarty and Brice McCarty, bassist LJ and drummer Harry Rosa have unveiled a video for their new single “All Or Nothin” from their upcoming studio album Four On The Floor, which will be released via Shock Records / Vanity Music Group on November 18, 2022. 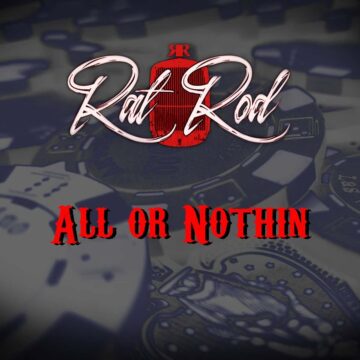 “Philadelphia hard rock outfit Rat Rod have released their video for current single, “All Or Nothin” and have teamed up with leading American outlet Brutal Planet to premiere the clip.

Taken from the quintet’s upcoming album, Four On The Floor, the video features the band live on stage at The Union Firehouse in Mt Holly, New Jersey as well as casino scenes that really sum up life so to speak.  “Life can be a gamble and there are times when you need to go ‘all in’ so we figure this is a good visual of how we feel,” relates guitarist, Mark McCarty. The video was produced by Dambert Entertainment and directed by Bert Lapore. 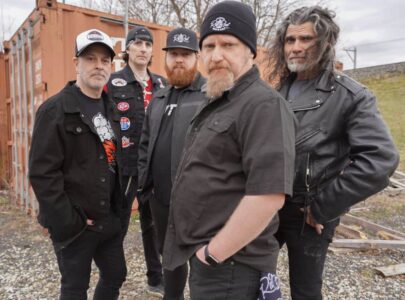 Four On The Floor, which hits stores November 18th through Shock Records / Vanity Music Group is Rat Rod‘s fourth release, recorded at Studio E in Westminster, Maryland and produced by Rat Rod themselves. It solidifies the band as one of North America’s top tier “pub rock” bands, following the lead set by Australian legends AC/DC and Rose Tattoo as well as American heroes Dirty Looks, Junkyard and others. “We really get a charge out of the four on the floor beat that those bands and ourselves create. It’s what makes us happy,” states McCarty.

Ten tracks comprise Four On The Floor, an album that starts out with the crowd favorite “Cars, Guitars, and Rock-n-Roll,” an up-tempo rocker and bit of a biography about Mark. “All Or Nothing” is as the title suggests, giving it everything you got. “Call Down The Thunder” keeps the energy up and is actually the sequel to “Peacemaker (Ballad of Tombstone)” from ‘Light Em Up.’  “Hella Ride” is the debut single and is equal parts ode to a pretty girl and a life well lived in that mid-tempo “Alright Now” sort of vibe. “Motherload” gives the listener a chance for a breath as the slow blues beat lays a bed for Mike to growl the desire to have it all. The back five consist of “Speed of Light” “Not Your Fool” “Stole My Soul” “Resurrected” and the album closes with “Knock ‘Em Down.”

The single “All Or Nothin'” can be purchased on Apple Music and streamed on Spotify.”

Rat Rod‘s “All Or Nothin” video: