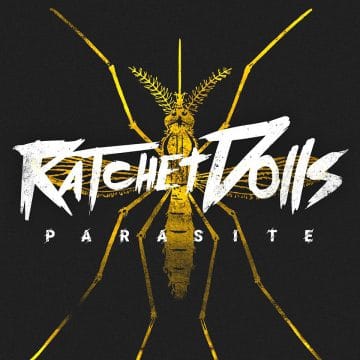 “Brownsville, TX rock band Ratchet Dolls has released a new single titled “Parasite” through independent label, EarRiot Records. From catchy vocal chants to groovy riffs and ripping solos, “Parasite” introduces a new sound to the band that will cater to both current and fresh listeners across the rock spectrum.”

Although the song has a very uplifting feel, the lyrics themselves are rather dark. “Parasite!” speaks to us from the perspective of a person who’s mental health has deteriorated from trying to meet the standards of a non-committed partner. One-sided relationships can lead to vulnerability… My goal is to try to help prevent others from having to walk that road; even if it’s just one person.”  – Kevin Sauceda, Ratchet Dolls“