Ratchet Dolls unleash video for single “Out of Control”

Texas, USA rockers Ratchet Dolls have released a video for their single “Out of Control.”

“Brownsville, Texas heavy rock band Ratchet Dolls has released the official music video for their new single, “Out of Control.” Directed by Menez Cortez, “Out of Control” is out now via EarRiot Records. 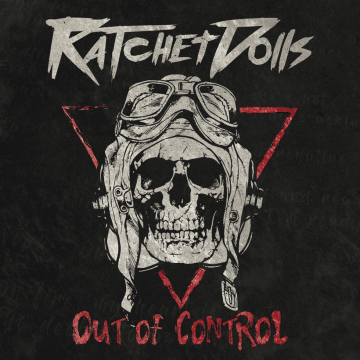 “‘Out of Control’ is a very rebellious song for me as I wrote it after removing myself from a toxic relationship with my former agents and management team. I was signed at a very early age and was practically a puppet to them for four years. Toward the end of the relationship, I was presented contracts designed to scalp me of my rights as a musician which was where I walked away. The lyric ‘…feeling half alive and I’m ready to fly…’ is a reminder to myself that I was ready to move forward even if it meant I would handle things on my own.” – Kevin Sauceda – Ratchet Dolls

Hailing from South Texas, Ratchet Dolls has been recognized in many regions for their adrenaline-packed performances and Hard Rockin’ tunes.

The band released their debut album titled Damaged (2017) through EarRiot Records, LLC (independent label); quickly gaining momentum among the rock/sleaze community. Fans have since anticipated new music and received a taste with their new single “Out of Control” (2019).

The band is currently in the studio recording their sophomore album which is set for release by Mid-2020.

Earlier this year, Ratchet Dolls returned to AEG Presents: Rocklahoma 2019 (one of the globe’s largest music festivals) as part of their “Out of Control Tour.”

As 5-year veterans to this internationally recognized festival, the band has deﬁnitely expanded their fanbase around the world and look forward to hitting the road again during the Fall/Winter.”

Ratchet Dolls‘ “Out of Control” video: