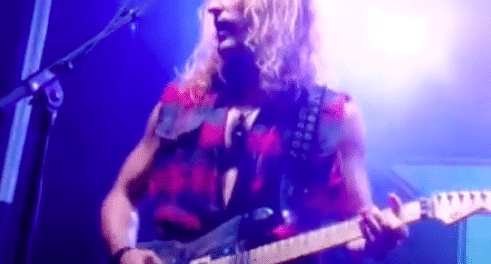 Ratt have a second guitarist by the name of Frankie Lindia. While Ratt consisting of band founder Stephen Pearcy (lead vocals), classic line-up member Juan Croucier (bass) and “new breed” members Jordan Ziff (lead guitar) and Pete Holmes *drums) have yet to make a formal announcement, Ziff has mentioned that Lindia is now in the band. 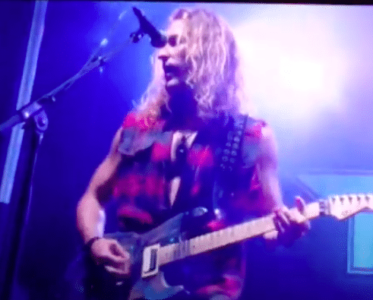 Lindia was in Ratt‘s line-up when the group played the Brainerd International Speedway in Brainerd, Minnesota, USA on June 24, 2021.

Ziff posted a photo of himself and Lindia on his Instagram account on June 25th with the following comments: “Thanks for the great show Minnesota! You rocked! @frankie_lindia, welcome to @ratt baby. 😎 #ratt 🐀” Lindia reposted the photo and comments from Ziff via his Facebook account with the following additional comments: “STOKED to be jammin in RATT with my boi!”

Back on October 18, 2020, Pearcy had provided a little hint about Lindia with the following message on his Facebook account (with slight edits): “Pearcy and RATT guitarist Jordan Ziff and guitarist Frankie Lindia. Frankie Lindia have been meeting, getting busy working on new music, where it goes nobody knows. SEP still wants his solo record out with co writer Erik Ferentinos 2021. Tba”

“Frankie Lindia is an LA based guitarist/multi-instrumentalist and music teacher. Starting off at an early age, he knew what he wanted to pursue and made sure to vigorously study his craft. Early on, Frankie played in school bands playing trumpet, sousaphone, drums and bass until he finally discovered Van Halen and … a guitar! From then on out he was strictly devoting his time to studying the 6 strings. Once reaching High School he formed a couple of bands and played many cover/session gigs. Playing with many people and in many bands including his original band Legal Tender really showed him the ropes about the music business. In no way is it just fun and games or easy but the hard work would pay off if kept.

“Many relationships were made in the following years of playing out live and gigging- which honestly is what it is all about“, Lindia says. “You can be the best player, but if you aren’t a genuine person, show it, and establish relationships with people, then you’re missing a big part of it“. As the years progressed while Lindia kept playing, he was fortunate enough to become a Charvel/EVH Gear and FU-Tone artist. Always playing Charvel guitars along with using EVH Gear – it was like a dream come true! Soon after, he was fortunate enough to do their product demoing, also! Currently, Frankie has released his debut solo instrumental CD “Creatures Of Habit” and teaches music full time- and not just guitar but drums, bass, guitar, piano, and general music. Since Frankie studied theory at a young age, he is strict on this during his teaching. Explaining a fine balance between learning theory and being “creative”- “I started off playing with just some musical knowledge, and I must say it can be limiting. Yes learning theory can be monotonous, but the coolest thing about learning it is that if you learn as much as you can, you can literally apply it to every instrument. Being able to do this will really give you creative freedom which is what I am all about. Being able to properly express yourself.””

Ratt performing “Back For More” live (with fans singing the lyrics) at Brainerd International Speedway in Brainerd, Minnesota, USA on June 24, 2021: