Ratt announce that will tour in 2018

In a short and sweet message on Facebook posted yesterday, Ratt consisting of singer Stephen Pearcy, guitarists Warren DeMartini and Carlos Cavazo, bassist Juan Croucier and drummer Jimmy DeGrasso have announced that they will be touring in 2018. 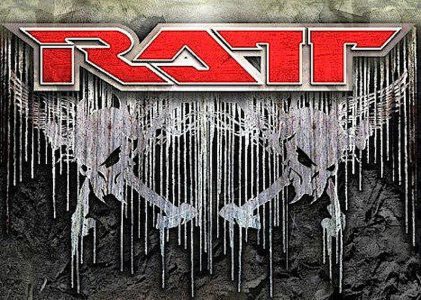 Sleaze Roxx stated the following in its concert review of Ratt‘s performance at the Treasure Island Resport & Casino in Welch, Minnesota, USA back in February 2017:

“Tonight brought three original members back together on stage — Pearcy, DeMartini, and bassist Juan Croucier. They brought along guitarist Carlos Cavazo who has been with them since 2008 and drummer Jimmy DeGrasso or “The new guy” according to Pearcy that night. “Wanted Man” kicked off the awesome setlist. I noticed right away that the volume was cranked to a new level. It was so loud that I was glad I had brought earplugs along, just in case. Their setlist did not disappoint me one bit. “Dangerous But Worth The Risk” and “You Think You’re Tough” were up next. The band was sounding pretty good, but Pearcy‘s voice has deteriorated over time. There were times he surprised me and I thought maybe he just needed to warm up, but he would falter on the next line. Even with Pearcy not performing his best, I was thoroughly entertained.”

The Ratt line-up of Pearcy, DeMartini, Croucier, Cavazo and DeGrasso made a splashy comeback as the “surprise band” on the Monsters Of Rock Cruise West on October 1, 2016. Since then, the group has defeated drummer Bobby Blotzer in a number of Court proceedings (see for example an unsuccessful motion by Blotzer), started using the Ratt logo and reclaimed its Facebook page followers from Blotzer‘s version of Ratt given that both versions of the band now roughly have over 600,000 followers.