Attorney Stephen Doniger recently spoke to the LA Weekly about the legal disputes between the two Ratt camps — the one spearheaded by singer Stephen Pearcy, guitarist Warren DeMartini and bassist Juan Croucier — and the one being held by drummer Bobby Blotzer.

Doniger who represents Croucier, etc. revealed the reasons why Ratt stopped in 2014 as the LA Weekly article reports:

But Doniger says it’s not true that Pearcy, Croucier and DeMartini had no plans to tour again. They just didn’t want to tour with Blotzer. “The guys [Pearcy, Croucier, DeMartini and Blotzer] toured together between 2012 and 2014,” Doniger says. “They stopped because Stephen Pearcy’s twin sister died and he had to take time off. At that point DeMartini and Croucier decided not to tour without all partners for the integrity of the band. But within a year Blotzer was taking steps to usurp control of the trademarks so that he could tour by himself as Ratt.”

In late November, Doniger released a statement indicating the Ratt Partnership still owns the Ratt name and trademarks, and that any transfer to WBS was invalid because the trademarks could only be transferred with the unanimous partner approval — and Croucier was never advised or consulted. “There’s a court order saying WBS has no trademark rights in the name,” Doniger says. “Thus, WBS has no right to authorize anyone to tour as Ratt.” 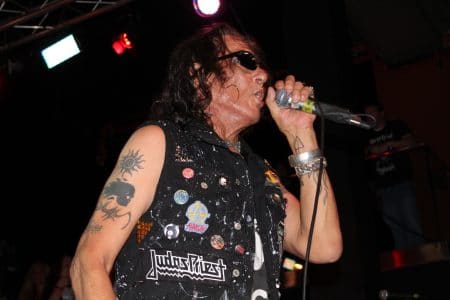 Doniger also commented to the LA Weekly on the reason or part of the reason why Pearcy, DeMartini and Croucier have stood up for the Ratt name and brand. The LA Weekly article reports:

Attorney Doniger, however, says caring about the fans is exactly why his clients “will not allow Blotzer to continue touring as Ratt with his cover band.’”

This last comment was echoed by Pearcy in his interview with Sleaze Roxx on January 11, 2017 when the Ratt frontman stated: “I am not one to — if there’s a problem, it’s going to be dealt with and it has been dealt with legally in a positive way towards Warren, myself and Juan. But I will say you just can’t have one person step outside of a group that he did not write music for and try to recreate history. Our audience is very smart. Our audience is not stupid. They have been with us for 30 something years. They know when somebody is bullshitting somebody and they, you know, called him out. You know, the worst thing that you can do is turn your audience against you and lie to them and say “Hey, the original band is going to be here and they are not there,” just so they can go make a buck. So that’s all said and done, and we’re dealing with that, cleaning house so to speak, and we’ll move on to a positive environment.”

You can read the rest of the article at the LA Weekly.