Ratt lead vocalist Stephen Pearcy will be releasing his fifth solo album titled View To A Thrill via Frontiers Music Srl on November 9, 2018. 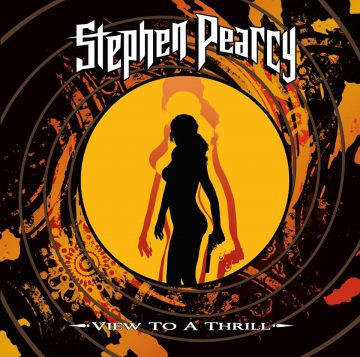 Pearcy‘s critically acclaimed last solo album Smash finished at #8 on the Sleaze Roxx Readers’ Top 20 Albums of 2017. Sleaze Roxx stated the following in its review of Smash: “The album compromises of 13 original tunes. The impression I got after listening through this record is that it is really a walk through Pearcy’s memory lane. It has some tracks which bare a crazy resemblance to Ratt‘s original sound, like “Ten Miles Wide” and “Jamie” where guitars are really making a throwback to the Crosby and DeMartini style of dual play. There are songs which remind me much more of Pearcy’s solo efforts like “Hit Me With A Bullet,” “Lollipop” and the excellently energetic “Dead Roses.” There is a track called “Shut Down Baby” which could be probably on the ill-fated 1996 RATT‘s Collage album as it reminds me of “Steel River” which was also a rerecording of Pearcy’s original tune “Railbreak.” There is even one track — “Want Too Much” which could fit on Pearcy’s former band Arcade’s sophomore effort, and often forgotten A/2 release. Finally, there is also a complementary power ballad “Summer’s End.” So in my opinion, the only area Pearcy didn’t explore here are his industrial like attempts from his Vertex days in the late ’90s. All in all, this record is very versatile, and the songs are quite strongly written.”