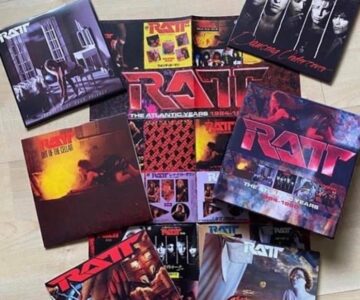 Ratt featuring lead vocalist Stephen Pearcy and bassist Juan Croucier along with drummer Pete Holmes and lead guitarist Jordan Ziff indicated earlier this week that they would be releasing some new music in 2021 but it appears that a ‘best of’ compilation album could be in the works as well.

“Make your own RATT “Best of record”. Title the New Record, pick the songs (no more them (15) on the record. Who knows, maybe YOUR making the new “RATT “Best of Record” could become reality?”

Since then, Ratt have only issued one new album titled Infestation in 2010.