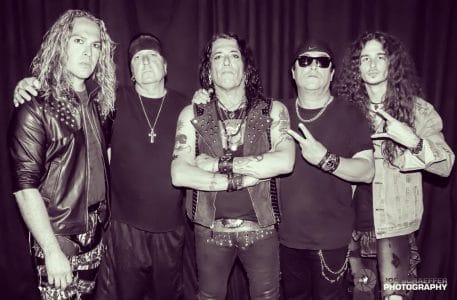 In a recent interview with Eddie Trunk on the Trunk Nation radio show on SiriusXM, Pearcy explained in part the reasons why guitarist Warren DeMartini was not in the line-up anymore as follows (and as transcribed by Blabbermouth):

“I can’t speak for the guy [Warren DeMartini]… The guy didn’t wanna go out there. I wouldn’t even call it work. We’re privileged enough, 35 years later, to be able to go out and do what we do. And there’s still a lot of great fans out there who’d love to hear the music. That’s all that concerns me. So if somebody else doesn’t wanna do it in the band, regardless [of whether it’s Warren] or somebody else, [they can] take a hike.”