Metal Sludge reported yesterday that current Sin City Sinners manager and former Ratt co-manager Jason Green spoke via telephone to The Classic Metal Show on April 25, 2016, where he criticized what he dubbed the ‘Fake Ratt‘ and drummer Bobby Blotzer in an almost hour long interview.

You can hear the entire The Classic Metal Show episode entitled ‘Escaping The Ratt Trap’ here. 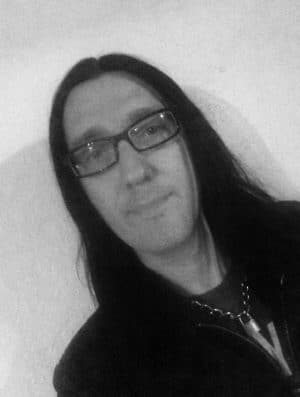 Excerpts from the interview include (up to the 16:10 mark):

“First of all, when we refer to Ratt, Ratt would be Warren DeMartini, Stephen Pearcy and Juan Croucier, and that other guy, and oh, Robbin Crosby. So when we refer to the current band, we call it ‘Fake Ratt.’ Just so you know, when I say ‘Fake Ratt‘, you know who I am talking about. When I did the ‘Fake Ratt‘ thing, I went on YouTube and I saw some of the interview, the interview footage.”

“There are a lot of lawsuits with Bob [Bobby Blotzer] that are not public as well.”

“One of the main points I think with this ‘Fake Ratt‘ is that Bob puts out this statement that the guys don’t want to tour. He tries to convince the fans. He has this thing. Let’s just tell everybody, “They don’t want to tour. Warren‘s too rich and he’s not interested.” And the truth is, those guys — it’s not that they don’t want to tour. They don’t want to tour with him, you know? They don’t want to tour with Bob. And they’ve had some really lucrative offers for shows. You know, I don’t think this is — it’s pretty public — that they have turned down. They’d rather not play with him. That — he is the factor that they don’t like and it is proven by all their lawsuits and all their own issues. So, you know, ultimately who knows? Maybe there’s going to be a Ratt soon enough that has you know will have the three guys that really had something to do with the success of Ratt. And I would think that would be the end of ‘Fake Ratt.’ And you know, if you’ve seen. Bob‘s lost twice against Juan Croucier. You know, he’s trying to sue Juan and get temporary restraining orders. It’s just ridiculous. It’s so frivolous. It’s silly. Maybe Juan should not have used the Ratt logo but that is a simple cease and desist. And he stopped using it. But to say that he can’t say he is a member of Ratt. Of course he was! ‘The Other Voice of Ratt‘ — Well, I mean I’m not sure. Like is it, is it legal? I am sure it is. Is it accurate? Well, that’s up to people’s opinions. I feel that the other voice of Ratt is playing with Sin City Sinners tonight which is Jizzy Pearl but you know, but Juan, Juan sang on those songs. He’s a big part of Ratt! So for Bob to try to sue him and stop it. You know, this is all public. The judge basically said, “Not only does Juan not have a right to the name. I don’t think Bob has a right to the name…” 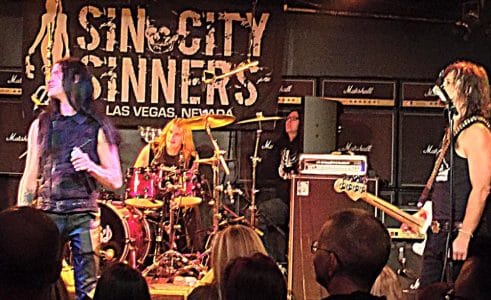 “Bob is a bully. That’s really what he is. He’s a bully, He talks tough but he can’t back it up and doesn’t back it up…”

‘The Ratt Experience is just a copy of Jason Bonham’s Experience. That’s all that was. And I’m probably just as guilty in that concept, in ripping off that concept, you know. And originally, it was, let’s go out and play the Invasion [Of Your Privacy] album start to finish. OK and it sounded kind of fun. ‘We’ll play some small bars and it will be fun.’… I knew that he would be difficult but I felt if this is what the other guys want, we can add some extra money and some extra attention — why not?…”

“There were issues with the set and things you know from the beginning and we would all argue ‘Why aren’t we playing ‘Tell The World’, ‘You Think You’re Tough’? Why aren’t we playing you know ‘Way Cool Jr.’?’ Some of the songs that the fans want to hear. We would go out to these venues and he was always difficult. You know, Bob. He was difficult with the venues. The venues were beyond empty, you know what I mean? There was no one coming to the Ratt Experience. It was OK. Vegas we did well because Sin City Sinners are popular here. They were interested in it but we were playing mostly half empty places you know? You could say half full, I prefer to say half empty. And he made a million Bobby Blotzer’s Ratt Experience t-shirts, you know? Who’s going to buy that, you know? And the answer is ‘nobody’. Ummm. But so that is when the whole thing came, we’re going to call this Ratt, you know. ‘I am going to get a lawyer and I am going to try to cover myself.’ It’s a cash grab. I am going to jump the money up by calling it Ratt and I am secretly switch the Facebook over so that 600,000 fans will now be switched to his — you know — his bullshit — ‘Fake Ratt‘ — and not even realize it….”

You can listen to the rest of The Classic Metal Show episode entitled ‘Escaping The Ratt Trap’ here.