Norwegian rockers Razorbats with their revamped line-up of drummer Knut S. S. Wettre and guitarist Kjetil F. Wevling along with new members — singer Paul Vercouteren, bassist Chris Haugerud and guitarist Asle Tangen — have signed with Rob Mules Records and will be releasing a new album in 2018. 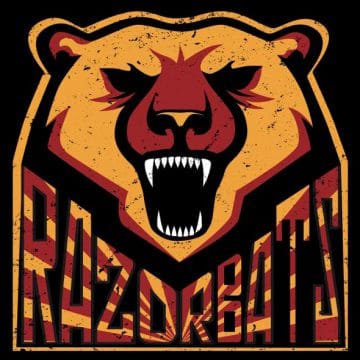 The following was posted on Rob Mules Records’ website:

“Norway’s Razorbats got international attention when they released their debut album Camp Rock in 2015 and critics from all over Europe, Australia and the US praised their unique ability to blend classic rock, powerpop and punk in a new and exiting way.

The lead single ‘Kids of the 70s’ got a lot of airplay on rock radio across Europe and college radio in the US, in addition to national radio back home. The band shared the stage with bands like Rise Agains, CJ Ramone, The Dogs and The Dandy Warhols before they embarked on their first UK and Scandinavian tour. Camp Rock was named album of the year by Glitter 2 Gutter in the US and featured on several best-of lists for 2015 all over the world.

Rob Mules Records is really excited to work with Razorbats on what is initially planned to be one album and two single releases. Check out their music at Spotify. This is strong original material with a resemblance to classic hard rock of Cheap Trick, Kiss and Alice Cooper. Throw in Turbonegro for good measures!”