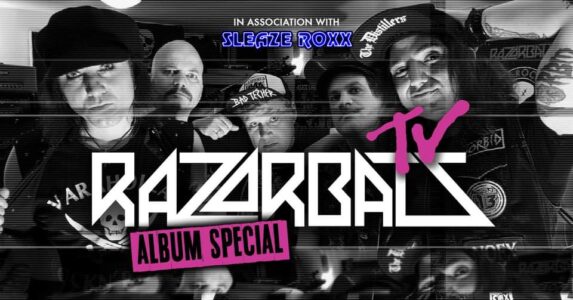 Speaking exclusively to Sleaze Roxx, Wevling explained why Razorbats decided to a TV Album Special as he stated: “We have been talking about doing a TV show for fun for a couple of years, but we’ve prioritized making albums and touring. But now that all the venues as closed, we thought it was the right time to do it. Live is where we usually connect best with our audiences and because we can’t tour, we figured a TV show would be a cool think to do instead! We also have fans in places that are difficult for us to get to tour, like North America, so this will be a good way for them to get to know the band a bit more and see us perform live!”

More details about Razorbats‘ TV Album Special can be found at the Facebook page for the event.

The group’s “Biography” on its Facebook page indicates in part (with slight edits): 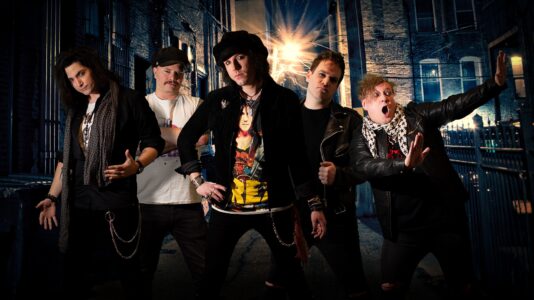 “Norway’s Razorbats are one of the most entertaining bands in The New Wave of Scandirock. Heavily inspired by ’70s rock bands such as Alice Cooper, Cheap Trick and KISS, with elements of ’80s hair metal and 90s pop punk, Razorbats’ music is a thrilling homage to the golden age of rock ’n’ roll!

The band first received international attention with the release of their debut album Camp Rock in 2015, and critics from all over Europe, Australia and the US praised their unique ability to blend classic rock, powerpop and punk in exiting ways. The lead single “Kids of the 70s” got a lot of airplay on rock radio across Europe and college radio in 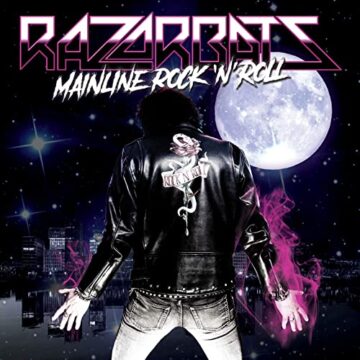 the US, in addition to national radio back home. Camp Rock was named album of the year by a US rock zine and featured on several year-end lists in 2015. With a slight dip in form with the album II in 2018, the boys returned in style in 2021 with their critically acclaimed release Mainline Rock ’N’ Roll which features the singles “Working For The Weekend” and “Little Ms. Crazy.”

Razorbats have toured Scandinavia and the UK several times. In addition to countless headline shows, they have shared the stage with artists such as The Offspring, Rise Against, The Wildhearts and Michael Monroe at festivals and clubs home and abroad. Over several years of touring, Razorbats have developed into a hard hitting live band, entertaining audiences across Europe with their sing along rock anthems.”