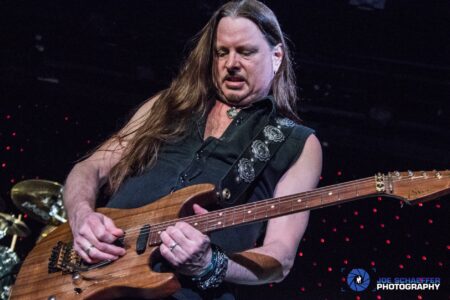 Burke noted that Gene Simmons had indicated years ago that “Rock is dead” while Alice Cooper had more recently opined just before the Grammy Awards that rock isn’t dead but that it’s just on the outside again. Beach was asked for his opinion to which he stated (as translated by the Pariah Burke of the Hard, Heavy & Hair Show with slight edits):

“Well, my publishing checks are bigger than they’ve ever been. You know, Covid really helped. Like everyone went back to their ’80s, you know, started playing Winger and Whitesnake. I know there’s a, there’s still a group of people in the world that love their ’80s rock. And I’m sure that if there was a tour, that it would sell out. I mean, I don’t know what he’s talking about. I just went to see KISS the last time they were in Pittsburgh and it was sold out. I think people want to see that kind of music cause it’s good time rock and roll. I don’t like that kind of depressing ’90s stuff that put me out of work for so long. Yeah, I’m an ’80s guy with big hair. Yeah.”

In terms of whether some of his later albums like Whitesnake‘s Flesh & Blood are the source of that ’80s interest or whether it’s the older albums, Beach indicated: “Well, it did really well. It didn’t go platinum like the older stuff, but you know, definitely did well. That record Flesh & Blood did really well.” Beach continued: “Well, I’ve signed a hell of a lot of them and I still get publishing checks from it, more than I’ve ever gotten on a Winger record for sure. You know, Whitesnake sells more records [and] is a bigger band obviously than Winger.”

You can listen to the interview with Reb Beach on the Pariah Burke of the Hard, Heavy & Hair Show at Pariah Rocks’ website.