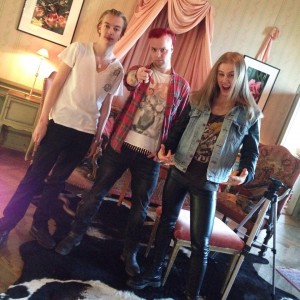 The move is surprising given that Westerlund was the architect behind the initial formation of the band based on what he told Sleaze Roxx in an interview in late August 2015 along with the rest of his Rebel Mistress bandmates at the time: “I found [bassist] Marcus [Skantz] on a site on the internet. A month later, I found [singer] Marielle [Tengström] on the same site. When our first drummer left the band, I asked [drummer] Oskar [Hallberg] to join us. So I’m the one who put together the band.” Of note, Westerlund was about five years younger than any of his bandmates in Rebel Mistress.

Speaking exclusively with Sleaze Roxx, Rebel Mistress frontwoman Marielle Tengström recently advised: “Our previous guitarist didn’t have enough time and couldn’t compromise with his other band so we found ourselves too restricted and couldn’t book as many gigs as we wanted to and so on. We put up an ad that Johan saw, he auditioned and now he has moved to Stockholm just for the band! We’re really lucky to have him with us!” 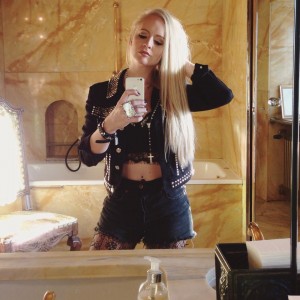 Rebel Mistress will be releasing a new EP on December 11, 2015 to follow up their stellar self-titled debut three song EP. Sleaze Roxx reviewed Rebel Mistress‘ self-titled debut EP and stated: “Rebel Mistress‘ debut EP is the almost perfect blend of catchiness, sleaze and variety all rolled into one. The main downfall is that the band’s debut EP consists of only three songs. What I like best about the band is that the group offers some variety with different tempos throughout their three songs yet have their own distinct sound. The band lists AC/DC, Motley Crue, Led Zeppelin and Guns N’ Roses among its influences but the group’s sound is way closer to old school Motley Crue — especially with the opening guitar riff on “Walk On Glass” — than any of the other three. To be fair to Rebel Mistress, I can’t really pinpoint one band that they really sound like which is a compliment to the young Swedish rockers more than anything else. Sounding original in this day and age is a big plus.”

Once again, speaking exclusively with Sleaze Roxx, Tengström recently advised about the band’s new EP: “It will be released on December 11th! It’s going to be four songs this time and you can expect the same raw punch in the face sound with good hooks. But this time, we have experimented a little more with both music and lyrics. We’re also releasing our first ballad-ish song! Not really a ballad, but kind of.”