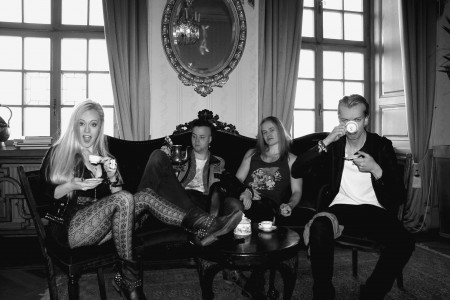 The EP is available on Spotify and iTunes.

Back on August 31, 2015, Rebel Mistress were interviewed by Sleaze Roxx and asked about their future plans. Rebel Mistress lead vocalist Marielle Tengström stated: “We have some gigs booked this autumn and we’re going in to the studio in October. Our next EP will be realesed this winter and we’re also doing a music video. In the spring, we will be promoting the new EP and playing as much as possible.” Bassist Marcus Skantz added, “We have a couple of shows to play this fall, a photo shoot, I think. After that, we are planning to record another EP. There are probably plans for a music video in there somewhere. I haven’t given too much 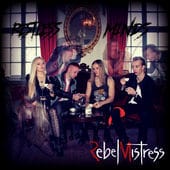 thought to 2016 yet but, I guess, try to get more gigs, writing more songs and keep spreading our music.”

Rebel Mistress‘ press kit provides a track by track commentary of the songs on Restless Minds:

“Let It Rain” – A unique party anthem that playfully uses drink names and party references throughout the whole song. It’s groovy and the one song the crowd reacts the most on during live performances because of its distinctiveness and catchy chorus. A music video will be released in the beginning of next year.

“Restless Minds” – A straight forward and energetic song about being young and wild in the same raw spirit as “Hazy” from the debut EP.

“Bite” – The band’s first ballad, with capturing electric guitar harmonies and a high note chorus. The lyrics can be interpreted as fandom gone wrong.

“Scream” – The heaviest sounding song with interesting melodies and lyrics about lust.