Rebel Priest release video for track “Sleeping Like A Hangman”

Canadian rockers Rebel Priest consisting of bassist and lead vocalist Jayme Black, guitarist Benny Kemp and drummer Nate Pole have released a video for their track “Sleeping Like A Hangman.” 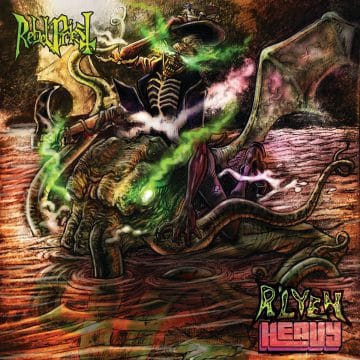 “Vancouver rock n’ roll tribe Rebel Priest has a new music video out for their hit “Sleeping Like A Hangman”.

According to the band, the song is about “addiction to the thing that can’t be controlled, relinquishing that control and understanding that we are in the noose” set with powerful guitar riffs and smooth bass lines making a heavy and raw tune that will get fists raised in the air.

“Sleeping Like A Hangman” comes from the November 2019 album R’lyeh Heavy released on Scrape Records that can best be described as “a visceral vision of a call to a past secular-religious god with many different facets of an ancient pantheon”. With utmost confidence, Rebel Priest quotes about the album:

“We’re excited about this one; it’s a culmination of what we’ve been doing since the beginning. Doing our sound, our way; it was quite an in-depth recording process for us this time ‘round and we think the fans will take notice! This is a step above the rest!!”

All killer and no filler is the name of the game for the trio, each song on the album was worked on intensely and blends elements of everything in the rock realm into a concise, banging package.