Vancouver, Washington, USA heavy metal rockers Recker have announced that their guitarist Pete Brun is taking a break and that they are looking for a replacement. 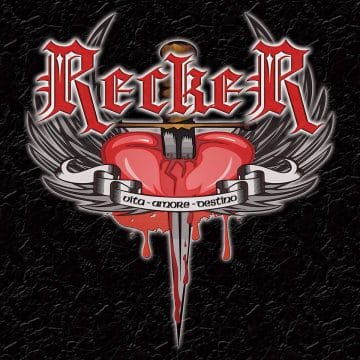 “Well, things have been a little quiet around here. Partly due to the holidays, work, life, etc. but also due to some changes in the band. We are bummed to announce that Pete has decided to take a break. It was great playing with Pete and we wish him the best. That being said, the band has no plans to hang it up. We will be auditioning guitar players to replace Pete. (That’s your cue if you know anyone who fits the bill.

Sleaze Roxx stated as follows in its review of Manifest Destiny:

“Old school baby! Recker‘s new album Manifest Destiny screams old school in every way. From the vintage Judas Priest music to the simple structure and delivery of the songs to the cliché lyrics, Recker will have you thinking of heavy metal from the early ’80s. Being thatSleaze Roxx celebrates ’80s hard rock and heavy metal music, that is of course a good thing. Although I first thought that Manifest Destiny was Recker‘s debut album, in fact the band has released a number of albums since 2009 consisting of the Vita – Amore – Destino EP (2009), Tragedy Or Triumph (2010), the Believe EP (2012), the Let It RockEP (2013) and the compilation album Recker (2015).

Recker remind me quite a bit of Anvil. Recker‘s frontman Rich Recker has a similar delivery to Anvil singer Lips in that he’s not what I would call a “born singer” but almost someone who is seemingly handling the lead vocals because the band couldn’t find anyone else to do it. That’s how I perceive Anvil. Imagine how Anvil‘s songs could have gone to that next level with an actual bonafide lead vocalist. The same thing applies for Recker. Rich Recker‘s delivery is part singing, part talking but overall and considering what I have just mentioned, he does a pretty good job singing wise. Let’s put it this way, I am not turned off by Rich Recker‘s singing just like I am not turned off by Lips‘ vocal delivery.