Finnish rockers, Reckless Love, have released a video for their new song and single “Monster” off their upcoming album InVader, which will be released on March 11, 2016. 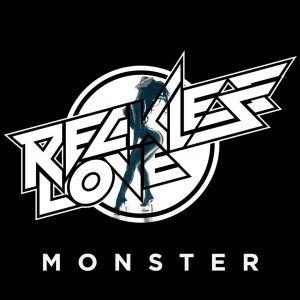 Reckless Love‘s bio on their website indicates (with slight edits):

“Finland’s own merry metallers, Reckless Love, are carrying the torch of fun loving melodic hard rock and boy oh boy, they are doing it right. The band has been churning out insanely catchy anthems of wild parties, crazy nights and of course, girls girls girls for a better half of the decade now. There is simply no stopping this four piece.

Since day one, this brilliant quartet has been known for their shameless, colourful and high energy live performances which they have taken all over the world. Relentless touring in their home territory Finland, and also in the United Kingdom has helped them reach a steady following in both countries. In fact, the British fans showed their love in 2013 by raising their previous album Spirit on 11th place on the british rock charts. In Finland, their fans went a little further and made Reckless Love a gold selling artist.

March 11th marks the day Reckless Love will release their fourth studio album titled InVader, which will be available, in addittion to Finland and Great Britain, at least in the United States, Sweden and Germany.

Pepe Reckless, the band’s guitarist, describes the album as their boldest and most versatile so far. He also adds that this time the results didn’t come easy and it really meant shedding some blood, sweat and beers.

“We took a break from extensive touring in order to focus all our time and energy in songwriting. We wanted to stretch our musical muscles and genre limits more than ever before and experimented outside the box of our comfort zone. This way we wrote the greatest batch of songs we’ve ever written. In the end we came back to the core of our joyous brand of rock n roll and the results are fresh and original.”

Reckless Love truly has an extraordinary talent for intertwining two completely different musical worlds together as one intriguing fresh sound. A perfect example of this can be heard in their latest single “Monster”. An ode to modern kind of female figure, in all its glory and gory. The song echoes of such legends as Alice Cooper and Motley Crue, but it also has distinctive parts that scream of the influence of such 90’s pop giants as Backstreet Boys or Britney Spears.

Reckless Love will start their 2016 European/UK tour on 3rd of March from Bristol UK, with their fellow Finns Santa Cruz as their opening act, finishing off at Moscow Russia on 4th of April.”