Reckless Wings unleash video for single “Taste of Your Medicine” 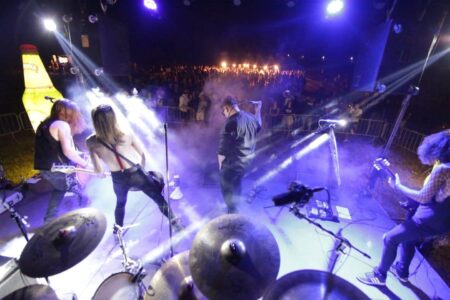 Speaking exclusively to Sleaze Roxx back in April 2020, Reckless Wings explained how the band came about as they indicated: “Originally, the band was formed in 2016 but Reckless Wings have been performing with this line-up since 2018. In winter 2018, we were looking for a new singer. At the time, Marko finished his performances on a well known international music show The Voice and was the singer of another band. We liked his appearance, his attitude and of course his voice, so we decided to set up a meeting with Marko. He agreed to come to our rehearsal and basically that was it.

We have similar music taste, but the most important thing was that we all agreed on one main thing — we want to play some badass rock n’ roll with kick ass live performances! We all give 101% on stage because less than that is not acceptable for us. At first, we played covers of various great rock n’ roll artists such as for example, Velvet Revolver‘s “Get Out The Door” for which we recorded a cover and uploaded it to YouTube. But we all knew that we wanted more than that. We wanted to write and record our own songs, so in March 2020 we put out our first single “One More Round” and also shot a video for the song. We really want to make an official record, so you can expect more songs from us in the near future.”