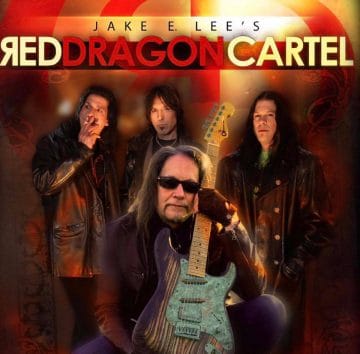 Sleaze Roxx stated as follows in its review of Red Dragon Cartel‘s show in Toronto, Ontario, Canada back in April 2014: “I am glad that I purchased my concert ticket early on, because when I got to the Rockpile West venue at around 10 pm the parking lot seemed completely full, and for the first time ever, I had to park in one of the few remaining spots in the back of the premises. When I entered the Rockpile West it reminded me of when Stryper last played the venue because the place was jam packed with people. It was difficult to get to within three rows of the stage even when one of the opening acts was still playing, and the various bands’ merchandise was being sold from a back room — it sure seemed like this was a sold out show!

Red Dragon Cartel hit the stage with the familiar sounds of Ozzy Osbourne‘s “The Ultimate Sin” and you could feel the energy in the crowd right from the start. With Jake E. Lee‘s extensive back catalog of amazing songs to choose from, including some that have not been played live in more than 20 years, Red Dragon Cartel has tons of excellent tunes from which to offer a stellar setlist. After all, Lee‘s musical career spans two underrated Ozzy Osbourne records, Bark At The Moon and The Ultimate Sin, his excellent covers CD Retraced, along with three records from Badlands which includes their stellar self-titled debut album — one of my favorites, and frankly, one of the best debut albums of all time. Throw in some songs from the strong debut from Red Dragon Cartel and you have the making of one dream set list!”