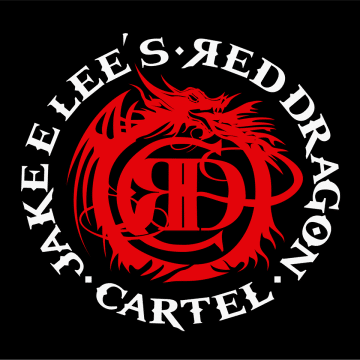 Sleaze Roxx stated the following in its review of Red Dragon Cartel‘s self-titled album, which was released back in early 2014: “Probably the best characteristic of this album is that it never repeats itself. There is an element of musical diversity, even within the metal genre, that is sorely lacking in many other current releases (Airbourne for example). The songs don’t sound like the one before or after, and even though this is heavy metal is it very diverse stylistically. I am sure having the guests on the release have something to do with that, but even songs that are from the core members are not repetitive. There is no formula or pretense here, just well done heavy metal that seems from a long ago age.

The back cover of the album contains a band photo — a picture that shows most of the members looking serious, except Lee who is wearing a very Van Halen-esque shit-eating grin. He has every reason to be grinning, as this is an excellent reintroduction for the guitarist to the world of heavy metal. Red Dragon Cartel is a very strong release that is definitely worthy of purchase — trust me, you won’t be ‘deceived’.”

Studio clip from our new album Patina. Bridge section to the song Painted Heart. It’s gonna be an incredible album!

Tucked away among the gentle, rolling hills of western Pennsylvania’s farm land sits a turn of the century horse ranch…and recording studio. The lazy Amish c…