Tesla guitarist Frank Hannon‘s protégés Red Voodoo have released a new video for their Christmas themed single “Rock And Roll Christmas.” Not surprisingly, the video features Hannon who has been a big fan and promoter of Red Voodoo. 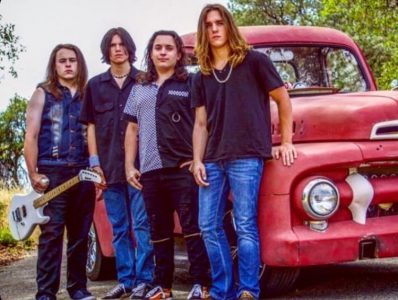 The group’s website includes a quote from Hannon who explained why he got involved in the first place (with slight edits):

“I knew immediately when 17 year old singer Dino McCord sent me his idea for his new song “Rise Up!” that I wanted to produce it. His honesty and uplifting emotion about today’s Covid-19 isolation hit me and his band Red Voodoo has that youthful magical talent that makes the recording studio process fun. I hope everyone enjoys it as much as I do!”