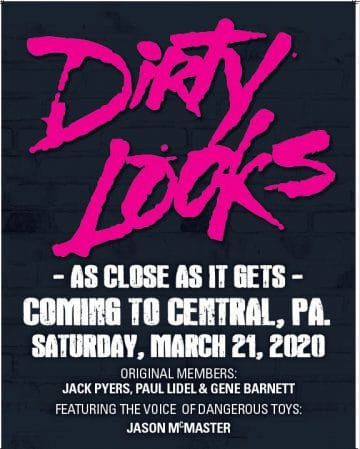 After the shock but very welcomed announcement a couple of days ago that Dirty Looks were reforming with Dangerous Toys, Broken Teeth and Ignitor frontman Jason McMaster handling the lead vocals for a show at the Ballroom Blitz event hosted by Brad Lee Entertainment in Glen Burnie, Maryland, USA on March 20, 2020, the line-up for the reformed band has been revealed and an additional show has been announced.

Lidel, Pyers and Barnett played on Dirty Looks‘ best known albums Cool From The Wire (1988) and Turn of The Screw (1989) along with (now deceased) band founder and frontman Henrik Ostergaard.