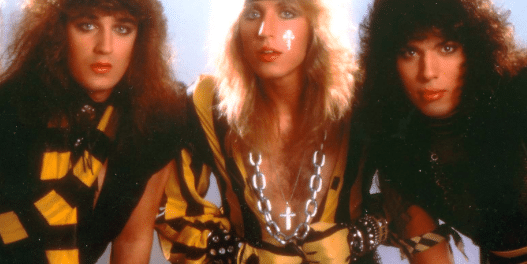 Stryper frontman Michael Sweet presumably just posted a message on the band’s Facebook account less than an hour ago indicating as follows:

“Oz, Robert & I are so excited to move forward and make the best album of our 34 year history! God is good and positivity prevails? We’ll stay faithful and keep moving forward no matter what. The best is yet to come ?” 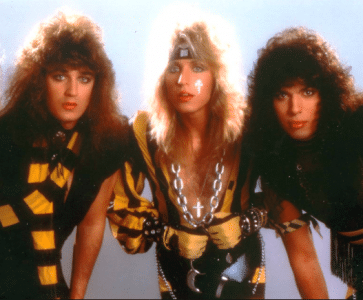 Stryper also replied to some of the comments left by people following the above-noted message.

With respect to whom will be playing bass for the band, Stryper replied: “Someone who is grateful, respectful, courteous, honest, hard working, talented and blessed to be a part of the team.”

In terms of the rumour that Sean McNabb will be the group’s new bassist, Stryper advised: “… We’ve heard that rumor. You’ll all just have to wait till we are ready….”

When someone asked about Gaines, Stryper replied: “He’s no longer in the band. His replacement will be Someone who is grateful, respectful, courteous, honest, hard working, talented and blessed to be a part of the team.” Stryper also stated: “The matter is between the members of the band and not anyone else. We didn’t push Tim out as if he wasn’t part of God‘s plan. His contributions to the band will never be forgotten or ignored. We’re going to live life, be happy and answer to our calling – We’re also going to record our best album in November.”

In terms of why Gaines is no longer part of the band, Stryper posted: “… The reasons are within the band and will remain that way. We wish Tim nothing but the best.”

Gaines recently did an interview with KNAC which was reported by Sleaze Roxx and which a person by the name of Dale Westmoreland seemingly interpreted as “Tim said he was fired for getting a divorce and remarrying in an interview.” to which Stryper replied: “Dale Westmoreland private matter. But that was NOT the reason.”

With respect to Gaines, Stryper commented: “… we wish him nothing but the best. His contributions to Stryper will never be ignored or forgotten.”

In terms of bringing back bassist Tracy Ferrie who played in the band from 2004 to 2009, Stryper advised: “you’ll all find out soon enough.” The same type of message was posted in reply to James Lomenzo playing bass on the upcoming Stryper album.