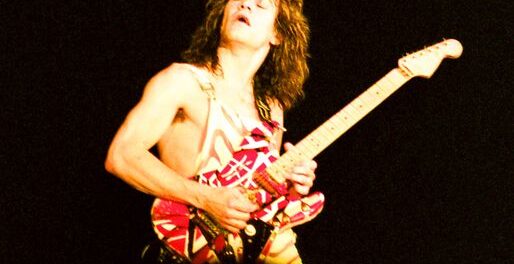 The void left by the iconic guitarist remains as enormous as his accomplishments.

“A guitar is a very personal extension of the person playing it. You have to be emotionally and spiritually connected to your instrument. I’m very brutal on my instruments, but not all the time.” – Eddie Van Halen

It usually takes time to reach the highest highs. However, from the moment Eddie Van Halen erupted onto the hard rock scene via his namesake band’s debut, he claimed a spot on guitar’s Mt. Rushmore. His playing across those 11 tracks — nine originals (including one groundbreaking instrumental) and two covers — redefined more than just rock guitar playing, it changed popular music forever.

Fury and pyrotechnics had been done before, albeit perhaps never to this level. But it was the sound and melody — a revolutionary confection of dirt and sugar — that captivated. Everyone was invited to his party — the metal-heads, the nerds, the girls. Eddie‘s guitar tone made you want to dance the night away one moment and lift something heavy the next, often within the same passage. 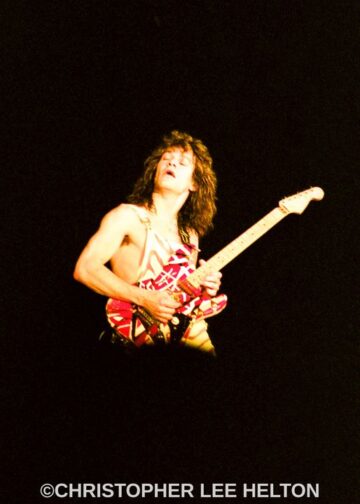 It was a style and sound all his own, delivered effortlessly, with virtuoso flair and an impish smile.

Since then, Eddie Van Halen has been cited as an influence across the modern musical landscape — from rock to rap, pop to R&B, country and beyond. He’s received about every award there is in popular music, some of them multiple times. He owns patents and has held world records.

Hundreds of thousands of words have been written about the guitarist, maybe none more than one year ago today, when the sad, shocking news of his passing was made public via a somber tweet from his son, Wolfgang:

“I can’t believe I’m having to write this but my father, Edward Lodewijk Van Halen, has lost his long and arduous battle with cancer this morning. He was the best father I could ever ask for,” the younger Van Halen said. “Every moment I’ve shared with him on and off stage was a gift.”

The news of Eddie Van Halen‘s death was a lightning strike to the music world. Time stood still.

Then, after a moment of somber silence, the mourning began. Radio stations played nothing but Van Halen for 24 hours. Musicians from across the globe sent wrenching condolences to the Van Halen family and heartfelt tributes to this icon of the guitar. It was sincere but impossible — summing up what Eddie Van Halen means to music, often by way of a 280 character tweet? Please.

It’s a similar impossibility trying to explain how good Eddie Van Halen was as a guitar player. He very well may be the greatest of all time, which means those that play guitar, even incredibly well, are stuck trying to quantify a talent they don’t actually possess. “Well, what he would do is … this … except better.” Explaining genius is hard.

But Eddie Van Halen, the man, was more than just a guitar player. He was a father, son, brother, husband, bandmate. He never saw himself as a rock star. To Eddie, he was simply a musician, famously stating “Rock stars come and go. Musicians play until they die.”

It’s a telling quote because it not only captures the humble nature of the man, but also his well-documented naivety. Eddie Van Halen was human. He had flaws. Some, like his battles with addiction, were public. Others only those closest to him know. Maybe others only he knew.

By all accounts, he was a loving husband and father. Eddie‘s marriage to Valerie Bertinelli lasted 26 years. He remained married to his second wife, Janie Liszewski, for 11, until his passing. It’s clear Wolfgang, his lone child, adored him. 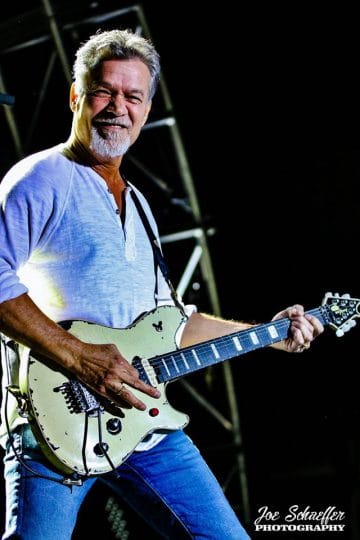 Eddie‘s generosity, while often extremely private, would sometimes come to light. He was a philanthropist, supporting, among other causes, abuse victims, the LAPD, orphans and the Mr. Holland’s Opus foundation.

“Eddie had given me one of his guitars backstage,” said Tremonti. “He tapped away on it and said, ‘Yeah, feels good, here ya go!’ and obviously that’s become one of my most prized possessions.”

According to the story, Eddie had forgotten to tell Tremonti one critical bit about the guitar, and scrambled to right that wrong:

“When the show was over,” said Tremonti, “we were backstage underground and there was 300 crew, guests, press everywhere, just swarming the place,” he explained. “We saw Wolf, his mom and Eddie walking out. Eddie saw me out of the corner of his eye and walked through hundreds of people to come over and say, ‘Hey I forgot to tell you — you need to take out two springs to make it play right — sorry I forgot to tell you that earlier!’ Then he gave me a kiss on the cheek and walked right through all the people clamoring for him again. He did that for me?! He had his kid and his wife with him and knew he’d get caught up by everybody, but he took his time out because he gave a shit about his products and passing on knowledge.”

So much of Eddie Van Halen‘s musical history has been covered elsewhere — how he responded to the criticism of “Eruption” being an overly distorted studio trick by recording “Spanish Fly,” a highly-complex, acoustic mind-blower for Van Halen II; how he got the pulverizing jet engine flanger for “Unchained” just right; his solo and rearrangement of Michael Jackson‘s “Beat It”; the split with David Lee Roth; Van Halen 2.0 with Sammy Hagar; 3.0 with Gary Cherone; and, ultimately the reunions with Hagar and Roth.

It’s all out there for additional reading. You’ll also discover Eddie would just pop up on David Letterman‘s show from time to time because he liked to jam with the band. He stayed for a whole week once.

At Van Halen‘s core was Eddie‘s sound. He’s obviously best known for the incredible pyrotechnics he’d conjure from his Fender/Les Paul hybrid, the iconic “Frankenstrat” — those monstrous riffs, blinding taps, dive bombs and squeals, each the musical definition of “balls.” But he also took a million chances and crossed genres all the time. “Jump” was pure pop, “Panama” was driving hard rock, and “Top Jimmy” was just awesome. The Sammy years gave us soaring piano ballads, chickin’ pickin’ (“Finish What Ya Started) and a hint of grunge (“Don’t Tell Me (What Love Can Do)”). It also gave us that power drill in “Poundcake.”

Eddie Van Halen was — and remains — the ultimate guitar player for legions of fans across several generations. Like a great hockey team he could play the game with whatever style was needed — blazingly fast or with beautiful finesse, dirty in the corners … always better than everyone else.

It’s now been a year since the guitarist left us. The void remains immeasurable.