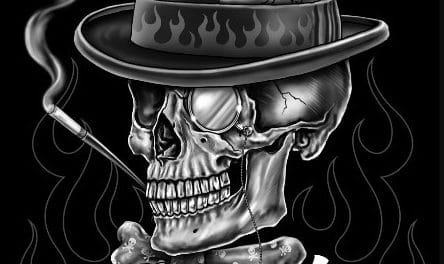 Sleaze Roxx doesn’t review individual songs but an exception will be made for the exciting new project VIP Aftershow featuring sisters Roxy Petrucci (Vixen) and Maxine Petrucci (Madam X), which has released two singles thus far — “Kilmister” and “Full Metal Jacket” — both of which are sung by Slaughter frontman Mark Slaughter. 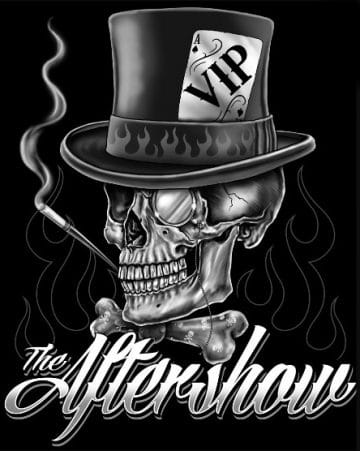 VIP Aftershow is a project of sisters Roxy and Maxine Petrucci. They decided to take a new approach at releasing new music… one song at a time! Instead of forming a band and releasing a full length album, Afterlife Music Publishing was created to release ‘one off’ music collaborations with various artists. No doubt you’ve heard their first release — “Kilmister.” If the name of the song didn’t tip you off, the sound of it will. There is no mistaking this tribute to Lemmy was loosely written in the style of Motörhead and it rocks! I’m sure Lemmy would be proud and listening to this song, you can’t help but smile. It’s a good time song that is driving. It’s one of those songs that energize you. For these first two songs, they grabbed jazz trained bassist Michael Pisculli (who actually played bass on all of the songs on the Vixen album Tangerine… one of my favorites) to cover bass duties and Mark Slaughter (yes, of Slaughter) to sing on the first couple of tracks and they are a perfect fit.

Long time Vixen keyboardist, Chris Fayz, did an incredible job writing the music in the vein of Motörhead and Roxy wrote the lyrics. She filled it with quotes that could have come straight from Lemmy’s mouth. The song is filled with countless ‘Lemmy’isms’, as well! It’s fun just listening for them but more importantly, the song, as a whole, not only captures the feel of a Motörhead song but the love that the writers have for the man and the music. It’s a very fitting tribute.

A new, interesting collaboration experience is coming your way.VIP AFTERSHOW, an incarnation founded by and featuring the powerhouse sister team ROXY PETRUCC…

Straight out of the gate, this second song makes you want to move. Maxine’s heavy guitar line and Roxy’s driving beat lay the groundwork for a great song! This one has an even heavier sound if you can believe that. Mark is singing in more of a low growling voice and he has never sounded better. This is a range that suits him perfectly but, fear not, he still tosses in an ultra-high scream. He also traded his trademark high harmonies for low harmonies and it suits the song well, giving it a darker feel.

Though blanketing this song with a beautiful churning rhythm guitar, Maxine sews in several fills in the ‘guitar hero’ style for which she is known. The drumming, of course, is solid! I mean, we are talking about Roxy Petrucci, here. She’s known for locking a song in with an ultra-tight groove. You may be surprised to hear some of the ‘metal’ style drum fills she slips into the song. It’s a beautiful mix!

Speaking of mix, hopefully you noticed these songs were mixed by legendary producer, engineer and mixer, Michael Wagener! Roxy and Maxine produced them and I love that they’re doing this. Roxy has two full time bands, Maxine has one in addition to her solo career and they still get so fired up about new music that they put a project like this together. They will be working with a variety of artists and releasing singles quarterly. Roxy says that she and Maxine are currently recording a heavy shredder and that they “have a couple of vocalists in mind who would kill it” but that doesn’t mean they are ruling out working with Mark Slaughter or Michael Pisculli again. We’ll just have to wait to see what they come up with next. I, for one, am anxious to hear it!