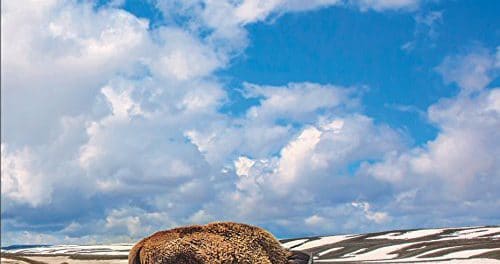 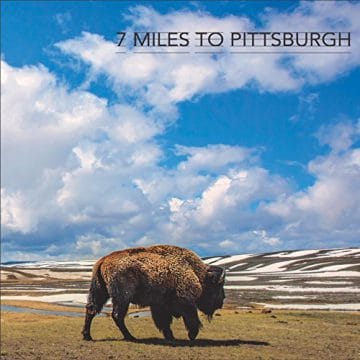 Review:
This is a new band on the scene, but with a few old-style names involved. On vocals and guitar is Andrew Elt who was the frontman for classic ’80s band Sleeze Beez. He also played guitar and harmonica for that band. Martin Helmantel is a veteran of the Dutch rock scene, on bass for 17 years with prog-rock band Elegy.  Drummer Joris Lindner is a relative newcomer, compared to the other two guys.

I have no idea why the band chose the name, but I wish I did.  My first scan through suggested the songs very much recalled my experience with ’90s Canadian bands I Mother Earth or  Our Lady Peace combined with Slash’s vision for Velvet Revolver.  Since I like all those bands, I can appreciate the effort made by 7 Miles To Pittsburgh.

The opening track “Same Sized Soul” doesn’t start like an opener you would expect. Not balls to the wall, aggressive, “look at us” kind of thing that the obvious opening song should be. It works in on a single power chord and some noodling… And yet, it eventually breaks into good I Mother Earth territory with the driving guitar sound found on that band’s 1993 hit, “Not Quite Sonic” or maybe “One More Astronaut“…. or a combination of both, I can’t quite put my finger on it. No doubt it will come to me minutes after this review is posted!  However, the same soft opening to “Pittsburgh” leads into a solid tune reminiscent of late ’80s and certainly mid-’90s song writing. The verses are great on guitars, while the chorus is vocal driven.

Three songs in, I’m faced with what starts as an acoustic guitar and an incongruous heavy drum line. “Lost And Found” seems a harsh mix. Every instrument is overloaded and the song lacks the subtlety it deserves. At about the 1:40 mark, big time guitar distortion and screeching vocals kicks in for a bit, before falling back to its acoustic beginnings. Following the second chorus, the song does build into something heavier and more interesting. “Earth Dance” is quite heavy, in the 2000s vein of Seether, Puddle of Mudd, or even “Saints” era Mötley Crüe.  I’m into it in a different way, much more modern rock.

Smack back to “Jambalaya” — more acoustic work in the opening. The opening chords are quite familiar to any fan of the genre.  (think Tesla‘s “The Way It Is” and you’d be pretty close). I would put this song somewhere between Slik Toxik’s “White Lies, Black Truth” and the latter half of the Four Horsemen anthem, “I Need a Thrill/Somethin Good.”  It works as a sing-along bit of feel-good rock, much like Crüe’s “Don’t Go Away Mad.” This track keeps growing on me. But again, with another acoustic opening for “Damn,” I don’t get a sense of album continuity overall, and this song just doesn’t move me from the beginning.  Once the tune cuts into the heavy stuff, I keep thinking I’ve heard this before, on 2012 rock radio.

Whatever became of kicking into a tune with a killer guitar, or a blow-away drum beat? “Imaginary Friend” spends a good 15 seconds on sound effects and spoken-word sounds, before entering into a good song. It should have kicked in right away for impact. I can get into the strong guitar work and solid Andrew Elt vocals, which have a Geddy Lee vibe, reminiscent of the latter’s 2000 solo power rock effort ”My Favourite Headache.”  ….Aaand then we’re back again into shallow intros to half decent tunes with “Above the Fold.” The intro teases an organ, which only materializes in any great function during the chorus. The song itself is average, but I do love me that Hammond sound.

Now, look. I’m a metal guy. I like my heavy stuff, and no fan of ballads in particular. On first listen, I would reject “21 Grams” simply for its ballad-like formula. However, I can also analyze the song objectively. “21 Grams” has merit, as a well-constructed song, to a point. It should have either stayed mellow and quiet, or built to an overwhelming crescendo as “Lost And Found” did. Unfortunately, it tried to ride a happy medium between the two, and really did neither in my opinion. Finally, the aptly named “If All Else Fails” has a little funk, a little ’70s arena bombast, and is simply a pretty good song. For the Canadian fans, imagine the drum/bass line in I Mother Earth’s “Used to Be Alright” mixed with Sloan’s destroying riff for “Money City Maniacs.” The second half of this song goes all late ’70s up tempo, a dash of wah pedal disco, and definitely some over the top prog/arena rock.  This is a hyperactive tune with some fun musicianship to it.

After listening to 7 Miles to Pittsburgh seven times or more over many miles, I’m liking the album overall. However, I’m still somewhat confused as to which market it would most appeal to…. Fans of ’90s prog, 2000s rock revival, or a new 2017 fan base.  Considering the band’s pedigree, perhaps it is all of the above.  If you’re a listener open to new mash-ups of genres, then this is a pretty good band to consider.

First of 10 teasers we are releasing of songs from our upcoming, self titled album, 7 Miles to Pittsburgh