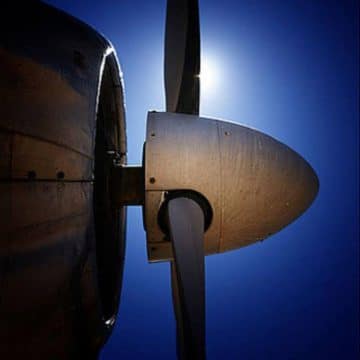 Review:
Andrew Elt from Sleeze Beez and Martin Helmantel of Elegy form the core of Dutch band 7 Miles to Pittsburgh. Revolution In Hold is the group’s second album, behind the 2017 self-titled release. 7 Miles To Pittsburgh‘s first album was solid enough to catch my attention, but not quite focused enough to peg into a specific era or genre, from ’90s prog, 2000s rock revival, or a new 2017 fan base.

I’m finding the same issue now with Revolution On Hold. “Bad Enough” and “Olympus” are pretty solid rockers, with the former focusing on guitars and the latter using a healthy dose of keys. “Sound” also has some Satriani-esque guitar work that gives the impression of floating… like Pink Floyd’s “Learning To Fly.” And then things get different. I’d say strange, but let’s stick with different. “I Feel Your Pain” and “Brave New World” become a little more psychedelic. I can see the appeal, but it’s simply not my style.

“Think” wakes me up with a heavy, melodic tempo and some good talent. The chorus takes a sudden left turn and needs some getting used to. “God Only Knows” is a slower acoustic offering that isn’t bad but also not particularly memorable. The closest comparison to “Time” might be early Queensrÿche… it needs to be heard to be explained. Much of the intro to “Only A Fool” brings back thoughts of Voivod’s cover of “Astronomy Domine” (but nowhere near as heavy). The track does pick up somewhat getting into the chorus, yet not enough to hold my interest.

This was a hard album for me to really get into, let alone enjoy. There are too many conflicting elements — all of which are performed well, but to my ears, do not make a coherent album. I was hoping that the second 7 Miles to Pittsburgh album would be more focused and give me a sense of where the band wants to go, but alas, Revolution On Hold is too broad in scope to make it listenable long term.

Time by 7 Miles to Pittsburgh

A little teaser from our latest release, Revolution on Hold. This one’s called ‘Time’