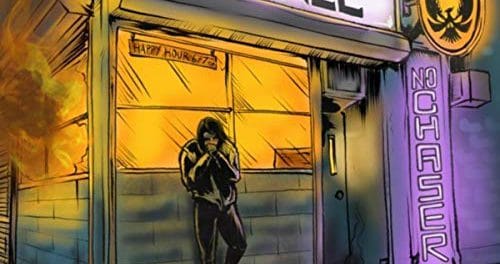 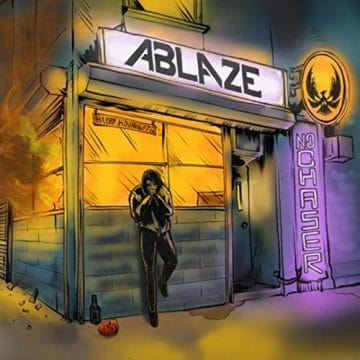 Review:
Being a fan of a band is much like being a fan of a sports team. You might sometimes travel great distances just to see them perform, regardless of the cost or time it takes out of your life. You might buy a jumper, sweater or t-shirt and proudly wear it at a match or performance, just so everyone knows where your allegiance lies. You might skip a loved one’s event such as a birthday party, just because you would prefer to go to a game or show rather than spend a day with your relatives. And if you are really devoted, you might follow the players or band members around just to get a photo or autograph, no matter how many laws you have to break or places you have to trespass upon. If you can relate to this last one, then you might qualify for “stalker” status.

But what about when it comes to bands from your own country? Are you obligated to like or root for them over other international acts just because they are from your own backyard? For me, Australian bands had always been in the minority. They just didn’t offer enough appeal and lacked the flash, whether that be image or style wise, that the international bands were renowned for. Songwriting and lyrical topic matter was also a factor, with the international bands doing it so much better. I could have probably counted on one hand the Australian bands I was interested in, but even then, a band such as Rose Tattoo was already established and on the brink of breaking up by the time I had got into rock and metal. And what about AC/DC you might ask? Well, they are a half breed. Part Australian and part Scottish. I consider them more Scottish though! How is that for a controversial statement!

Over the last few years though, as I have progressively got back into the live music scene after a long hiatus, I am finding that Australian bands are really coming to the fore and I am enjoying so many of them more than I used to. One of those bands is Ablaze from my own neck of the woods — Melbourne, Australia. Ablaze’s debut album No Chaser was released a year ago and it is a superb album full of variety, great riffs, and glorious vocals and harmonies.

No Chaser kicks off with “Back For More” a straight up rocker full of energy and an intro with an Iron Maiden type vibe. The song title proclaims that the boys know what you came for and they deliver in spades, with catchy choruses and blistering guitars. “Dirty Little Secret” slows the tempo slightly with a funky riff transitioning to a more rock like verse and another big catchy chorus full of gang vocals. The funky feel returns to compliment one of the many great guitar solos found on the album. “Kings & Queens” continues the rock onslaught staying true to the simplistic rock formula but this time providing deep meaningful lyrical content.

The single “Just A Taste” is next and is an absolute scorcher, powering through more riffs and great guitar work. With a lyric line like ‘If you kissed any more ass your lips would be stained brown’, you could be forgiven for thinking the song is similar to an offering from Steel Panther but it definitely isn’t. The song has attitude and the tough vocal delivery style ensures that it’s message is clearly received. “(We’re Gonna) Rock ‘N’ Roll” is a slower affair, grooving along in stark contrast to the song title. It’s style feels more blues based (even though most rock is) and it purposely changes things up to depart from the previous pounding rock style anthems to provide some form of variety. It’s quite an interesting scenario because with such a song title, I would have expected a full on ’80s rock assault, but it is a great song nonetheless.

The fantastic “Bad Tattoo” follows and is one of my favorites. It has more great riffs and once again raises the album’s tempo. The chorus showcases some great harmony vocals and a midsection breakdown led by a fat rumbling bass line provides a cool atmosphere before the song takes off again. “The Darkest Day (What I’ve Become)” sees the band entering serious mode with a deep and meaningful song that really sets the tone and grabs your attention. The song feels like a semi-ballad reminiscent to a cross between Metallica’s “Hero Of The Day” and “The Unforgiven 2.” Full of acoustic guitars, piano and Danny Slaviero’s deep moody vocals, the song gives off an epic vibe with the inclusion of powerful guitar chords, a soulful guitar solo and a climatic ending.

Second single “Long Way Home” starts off by giving us the impression that we are in for another ballad after the seven minute opus “The Darkest Day (What I’ve Become)”, but quickly and welcomingly transitions to a mid-tempo affair seemingly about life on the rock ‘n’ roll road and not forgetting about where you came from. Ultimately though, it could be about any scenario where someone is away from home for an extended period of time no matter what their circumstances. Drummer Dan ‘Mango’ Mangano takes his turn at delivering some vocal lines during the bridges and he actually sounds really good. The song is topped off with another blistering guitar solo which I think is one of the best on the album and in parts reminds me of what Slash did on Guns N’ Roses’ “November Rain”. “Two’s Up” is another straight up rocker with fun innuendo filled lyrics about partaking in a ménage à trois (“threesome”). There is a definite The Darkness vibe coming from this song particularly with the sound of the standalone drums and guitar at the very start.

The final three songs, “Where’s My Drink?”, “Bottom Of My Bottle” and “Bar Fight Blues” — I like to refer to as a somewhat trilogy — The Bar Room trilogy. Before I had actually heard the songs, I was instantly drawn to the song titles and imagined that they flowed into each other as one big storyline. It’s not really the case, but I thought that would have been a cool idea. The music for “Where’s My Drink?” aptly suits the song with its Irish inspired intro that also substitutes as the rhythm for the chorus. It’s a fun little romp obviously about having a big night on the drink with a clear reference to Guinness in the lyrics.

No Chaser is a fantastic debut album from Ablaze. It displays a musical maturity which really should be beyond the band at this point in time — something usually reserved for bands with many years experience under their belts. The riffs and general guitar work are superb and the variety of song styles and structures make No Chaser a very enjoyable listen.

The official video for ‘Long Way Home’ by Ablaze’Long Way Home’ is the second single released off Ablaze’s debut album ‘No Chaser’, now available on Spotify,…