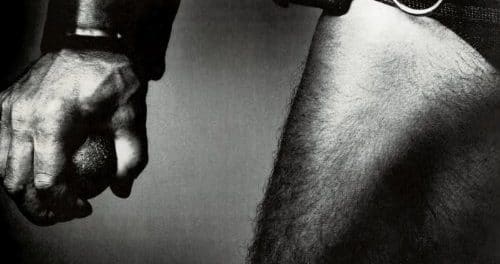 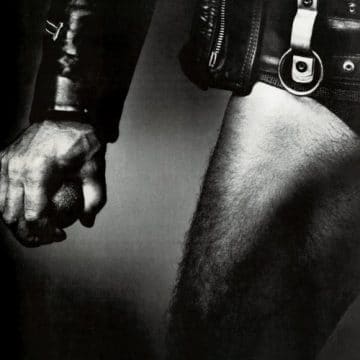 ACCEPT
BALLS TO THE WALL
Released on December 5, 1983 (RCA / Portrait)

Review:
When Accept dropped their first major label album, Balls To The Wall, back in December 1983, they were already an underground metal phenomenon due to the preceding classics Breaker and Restless And Wild. They remained a bit mysterious to us North Americans as they hadn’t toured over here. We had to glean our info from British mags like Kerrang! and Sounds. To their everlasting credit, Accept probably started the speed metal movement (along with Motörhead) with their song “Fast As A Shark” which still sounds fresh today.There was a lot of worldwide anticipation for the band’s fifth album

Balls To the Wall came with some interesting ambiguity. The album’s cover and the lyrics to “Love Child” and “London Leatherboys” were sexually direct and wide open to interpretation. The band adopted a very open-minded European attitude, and did not understand the puritan attitudes on this side of the pond. Into the grooves… Accept produced a fantastic collection of songs — a moody set which went well with the album’s black & white graphics. Other than a couple of pedestrian fillers (“Losing More Than You Ever Had” and “Guardians of the Night”), the band’s songwriting reached a new level of maturity. The title track, Accept’s best known song and first video, is based on a timeless riff and (to their credit, with the language barrier) great lyrics. My personal favourites are many — “Love Child”, “Turn Me On” (what a dirty riff), the speedy “Losers & Winners”, and a beautifully restrained and tasteful “Head Over Heels.” The album wraps up with “Winterdreams”, a bleak and haunting tune highlighted by Udo Dirkschneider’s vocal performance.

I was fortunate to catch Accept twice on their first North American tour in support of this record. Album guitarist Herman Frank was replaced by original guitarist Jorg Fischer for the tour. My first encounter was absolutely legendary. The band was touring as the opening act for KISS, and booking club shows on their days off. Thus, on (I think) March 14, 1984, Accept appeared at Barrymore’s in Ottawa for a headline gig, and what a mindblowing experience that was. Although not sold out, the audience crowded the stage and headbanged through the entire set, which started with the classic scratchy vinyl intro and the German folk song “Hi dee hi do hi da.” Then the band ripped into “Fast As A Shark”, “Restless And Wild” and then into “Love Child.” The band rocked the house as if they were in front of 20,000 people, even playing songs from Breaker. I will never forget that night! That summer, on a later leg of the tour, I caught Accept in Hull, Quebec, opening for Mötley Crüe. Although performing a shorter set, they were just as stunning in the packed and sweaty Robert Guertin Arena. Incidentally, following this show, I ran into Tommy Lee of the Crüe hanging out at the infamous Roxanne’s in Hull. I complimented him on their choice of opening act, and he said that he was a big Accept fan.

Accept‘s “Balls To The Wall” video:

Accept – Balls to the Wall

Accept’s official music video for ‘Balls To The Wall’. Click to listen to Accept on Spotify: http://smarturl.it/AcceptSpotify?IQid=AcceptBTTWAs featured on B…