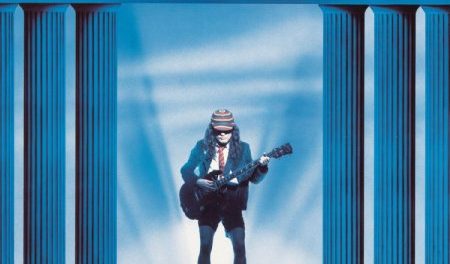 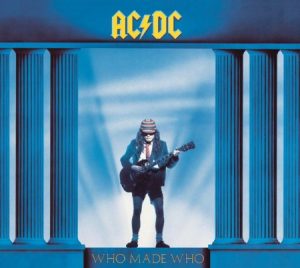 Review:
Is it just me? I have always found AC/DC‘s Who Made Who to be a massive disappointment. Sales for Who Made Who say otherwise given that the album was certified five times platinum in terms of sales in both the United States and Australia. In fact, according to Wikipedia, out of the four albums that AC/DC released between 1981’s For Those About To Rock and 1990’s The Razors Edge, Who Made Who outsold 1983’s Flick Of The Switch, 1985’s Fly On The Wall and 1988’s Blow Up Your Video by a wide margin and particularly in the United States.

With the 30th year anniversary of the release of Who Made Who upon us today, I have always thought that Who Made Who received way more acclaim than it deserved. The soundtrack album to Stephen King‘s movie Maximum Overdrive consisted of only nine songs with three new tracks of which two were instrumentals. Out of the latter two, my favorite is definitely “Chase The Ace” which has more complex guitar parts than the rather simple “D.T.”. Who Made Who‘s signature track is of course the title track which I never really liked but which doesn’t sound that bad 30 years after its release. If anything, it’s typical of the songs that AC/DC seemed to be releasing around that era.

The real reason why I have always viewed Who Made Who as a disappointment is that it really was a rather short greatest hits package with one new track “complete” with vocals (“Who Made Who”) and two new but filler instrumentals. The choice of songs for the greatest hits portion is somewhat puzzling with only one Bon Scott era song (“Ride On”) and a couple from the disappointing Fly On The Wall album (“Shake Your Foundations” and “Sink The Pink”). Perhaps those were the songs that people behind the movie Maximum Overdrive insisted on. In any case, Who Made Who is an album that I have rarely played and which will likely continue that way for many years to come.

AC/DC – Who Made Who (Official HD Video)

Official music video for “Who Made Who” by AC/DC now in HD!Listen to AC/DC: https://ACDC.lnk.to/listen_YDSubscribe to the official AC/DC YouTube channel: htt…