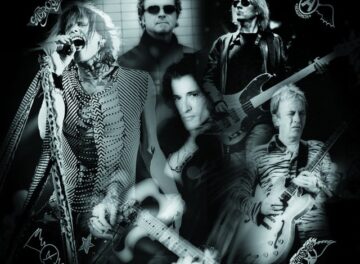 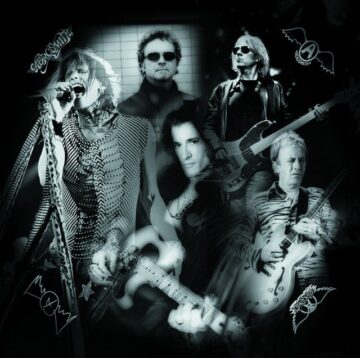 Review:
When I first noticed Aerosmith‘s 2002 best of compilation O, Yeah! Ultimate Aerosmith Hits on July’s list of possible Sleaze Roxx retro reviews, I’ll have to admit to not even being mildly interested. After all, over the years, there have been scores of Aerosmith comps including all the official releases as well as those many dime a dozen budget quickies you find cheaply priced in truck stops. Toss in the fact that the original 1980 Aerosmith Greatest Hits record was such a presence in my teen life that even hearing any song on it immediately had me thinking of the tune that was next up after it on that album. Even so, something kept gnawing at me to reconsider writing something about O, Yeah! Ultimate Aerosmith Hits and in the end, it was the fact that, even with all the different cool Aerosmith compilations to come out over the years, O, Yeah! Ultimate Aerosmith Hits is the only one I’ve been moved to buy after a lifelong love affair with the original 1980 best of album. It’s also one that I love to pop into the car CD player (remember those?) and just let play. So yeah, maybe a few of the songs on it are a bit on the fluff side but even those aren’t so God awful that I just wanna toss the disc out the window and that’s saying a lot! Thirty songs played straight through from start to finish? Might be a record somewhere.

One noticeable thing about O, Yeah! Ultimate Aerosmith Hits is that it’s listed as a release from both of Aerosmith‘s storied record labels, Columbia Records and Geffen Records, and features tracks from both eras even if it fails to include a few things that in a perfect world, should have made the cut. Sure, Aerosmith probably wanted to include only tracks featuring their classic band line-up and okay, so maybe things started off slow when they finally did get their crap back together and reunited in 1984. That being said, my biggest (and only real) criticism of O, Yeah! Ultimate Aerosmith Hits is that it doesn’t include any songs from non-classic lineup releases Night In The Ruts and Rock In A Hard Place as well as get back together, throw together 1985 album Done With Mirrors. That’s a complete shame as there are some choice Aerosmith tunes on each that would have only added a bit more of that stagger swagger Aerosmith vibe to the collection. Even so, there’s a ton to feel good about here.

Disc One starts off back at the 1973 beginning with influential tune “Mama Kin” and delivers two tracks from the band’s self-titled debut, two from the follow up Get Your Wings, a trio of songs from 1975 classic Toys In The Attic and two from Rocks. The compilation then jumps forward into three tracks each from Aerosmith’s second coming releases Permanent Vacation and Pump. While personally I would have preferred Disc One cover the Columbia Records era and Disc Two tackle the Geffen years, which could have included songs from two of the skipped over trio of records, with so many great songs, it’s kinda hard to complain.

Outside of that, most notable on the first disc is the inclusion of incredible 1974 track “Seasons of Wither” which if memory serves me correctly, finally gets a little love on an Aerosmith compilation. Sure, it might be considered a deep cut by many but pound for pound, it’s simply one of the group’s best songs. It’s in pretty good classic company too as seven of the ten first era Aerosmith tracks found on O, Yeah! Ultimate Aerosmith Hits were originally featured on their classic 1980 Greatest Hits album that also included a pair of covers, one from a movie soundtrack and the other from one of those “forgotten records.” Yeah, those classics are all present on most of the first disc including “Dream On” and “Walk This Way” and while that’s definitely cool, it is lesser mentioned classics like “Last Child” and “Draw The Line” that truly take the rock and roll cake, and of course, the dark ballad “Seasons of Wither.”

Skipping forward over a decade from 1977’s Draw The Line to 1987’s Permanent Vacation, Disc One of O, Yeah! Ultimate Aerosmith Hits leaps from the drug-induced rock and roll of “Draw The Line” into the laughably cheeky “Dude (Looks Like A Lady).” It makes for a bit of an awkward transition but at the end of the day, it’s still Aerosmith. While a bit poppy for a sec, it veers into the better hits off of Vacation ala “Angel” and “Rag Doll” before rolling off a Pump threesome that includes dark groove classic “Janie’s Got A Gun” to close out the first half of O, Yeah! Ultimate Aerosmith Hits. Ten tunes from the 70’s followed by six from the 80’s, and while arguably it could have been better with a few earlier songs included, not bad.

Kicking off with a fourth selection from Pump courtesy of “The Other Side”, Disc Two chronicles the point where Aerosmith transitioned into the 90’s morphing from rockstars into pop culture icons. Flowing through hit albums Get A Grip, Nine Lives and Just Push Play, Aerosmith could seemingly do no wrong even scoring timeless smash hit “I Don’t Want to Miss a Thing” from the soundtrack to 1998 flick Armageddon. In addition to the hits like “Cryin’” and “Crazy”, the second half of O, Yeah! Ultimate Aerosmith Hits also includes a few extras like “Deuces Are Wild” from The Beavis and Butt-Head Experience CD and Run DMC‘s 1986 take on “Walk This Way” featuring Steven Tyler and Joe Perry. A hit considered by many to be a huge boost to Aerosmith‘s resurgence in the 80’s, even if to this day, it might come off as cringe worthy listening for some of the band’s fans. While not as cool as the original, I’m a fan of both acts so for me, the track is still a cool listen.

Of course like a good bit of greatest hits compilations, there are a couple new tunes tossed in to supposedly sweeten the pot. On O, Yeah! Ultimate Aerosmith Hits, those tracks are “Lay It Down” and sole album single “Girls of Summer” which reached number 25 on the US Billboard charts in 2002. While not the coolest of Aerosmith tracks, at the time, it did make for a pretty cool summer song. Honestly, there have been a ton of new “bonus” best of tracks by many a band over the years and with “Girls of Summer”, Aerosmith managed to deliver a song better than most of them. “Girls of Summer” stands as the band’s last true original single until just under a handful of lackluster promotional tunes on 2012 album Music From Another Dimension, their last all original studio release to date. If you’re not totally sure about “Girls of Summer”, just check out the video below and I will say, sipping a frozen drink might heighten the effect.

All in all, O, Yeah! Ultimate Aerosmith Hits is a pretty solid double disc collection spanning most of Aerosmith‘s musical career, which offers way more than 2006’s 18-track compilation Devil’s Got A New Disguise: The Very Best of Aerosmith. That is unless you consider the fact that the latter has a new song (ironically called “Devil’s Got A New Disguise”) a better value than over the ten more tunes found on O, Yeah! Ultimate Aerosmith Hits. It’s a cool listen despite the absence of songs like their blistering version of the The Shangri-Las‘ “Remember (Walking In The Sand),” “Lightning Strikes,” “Let The Music Do the Talking” or any of the other cool tracks on those three discarded releases. Diehard fans of the band’s early records might not be so crazy about the second disc but even the casual rock and roll listener would find it hard to listen to the entirety of O, Yeah! Ultimate Aerosmith Hits and not recognize pretty much every song, or at the very least, over two-thirds of them.

If anything the compilation is a testament to the legacy of the consistently great output year in and year out by Aerosmith. Having the most fans on the planet only goes so far if you don’t deliver the tunes that keep them satisfied and few bands of any genre have consistently done it like the boys from Boston. Not even the Rolling Stones, a band Aerosmith have been called a knock off of, have come close. Okay, well maybe a little close but you get my drift, right? Aerosmith have in their lifetime managed to almost always follow up the release of a record with a loud “O, Yeah!” response from their fans and while not perfect, O, Yeah! Ultimate Aerosmith Hits is proof of that.