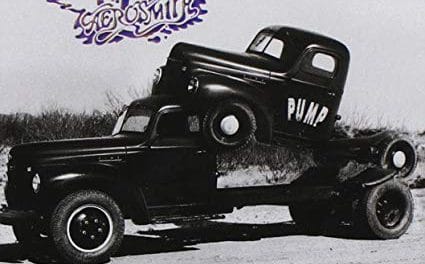 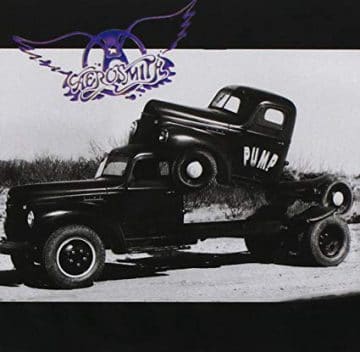 Review:
Yeah, my rock generation grew up on Aerosmith so while my childhood’s seventies soundtrack was filled with all kinds of fun glam, rock, and pop party anthems, those bad boys from Boston filled my preteen years with songs like “Sweet Emotion” on the bright summer days and “Seasons of Wither” on many gloomy winter nights. Aerosmith were the dirty, loose white boy groove bridging the soul and funk sounds of acts like James Brown and the rock and roll anthems of bands like Deep Purple — the low end for the confident and the slow end for the dreamers. A band from a time where every album was a potential greatest hits release and when actual greatest hits albums were an equal vital part of the discography (unlike the over abundance of compilations that pay a nod to each band from back in the day now). Yeah, the original 1980 AerosmithGreatest Hits release was such a powerful record on its own that even now, it’s tough to hear a classic Aerosmith tune from those early years without my head hearing whatever track followed it on that album. Thing is, after the radio staples, you could have loaded Greatest Hits with any songs from those seventies classic Aerosmith albums and had a good as anything best of record.

So, in all honesty from day one, I’ve never stopped digging Aerosmith. Despite the fact that a very young, very impressionable me was less than impressed the first time I saw ’em live (hey I was still green to the live experience and thought that live all bands sounded at least kind of like their records), Aerosmith grabbed hold of me and refused to let go. I thought Draw The Line was so killer, I might have tried to impress the heck out of (or at least the jeans off of) girls with that record. But it was the ’70s, I was young, green and I prefer to take a very “Dazed And Confused” stance on that but for sure, Aerosmith were the black light soundtrack to a lot of it. Heck, even when the band started to splinter, I religiously cranked Night In The Ruts (or ‘Right in the Nuts’ as my friends and I referred to it) on my boombox and even dug the heavy grooves of Rock In A Hard Place and the very disjointed yet underrated Done With Mirrors. 1987’s second breakthrough release Permanent Vacation was cool but kind of like the boys trying to reel in fans of the ’80s bands they inspired. But suddenly in 1989, Aerosmith once again showed the world that old swagger that made ’em nasty bad boys back in the day via the low end groove thump of massive hit album Pump.

Starting with the August 1989 lead-off single “Love In An Elevator” (complete with “Going Down” intro and video), Pump would be pushed with no less than six singles on its way to selling six million copies tying it for the second best selling Aerosmith album of all-time behind eight mill-classic Toys In The Attic. Pump would also mark the only release by the band to contain three top 10 singles on the way to becoming the best selling album of 1990. Not bad for a band that less than a decade earlier was fighting sobriety and fighting to even stay together. Years later, the world knows the songs – “Janie’s Got a Gun”, “The Other Side”, “What It Takes”, and of course that kick-off ode to elevator exercise, but album fans also know the sheer ballsy rock beauty of just as killer tracks like the old school Aerosmith slide guitar goodness of “Monkey On My Back” and blooze stomp “Voodoo Medicine Man.” Man, just about every track on Pump was strong enough to carry the album that most of ‘em at one point or another found their way into the band’s live set. Speaking of their live set, it was also during this “second coming” period that I was able to experience Aerosmith again and several tours since and never once have they disappointed. Matter of fact, I had to admit during a Aerosmith/KISS double bill that the Boston team took one over the New York City squad ala that now legendary Red Sox Series comeback over the Yankees years ago. Oh yeah, Aerosmith pulled off quite the remarkable rebirth in kicking habits, kicking ass, and kicking a whole other generation of bands hard and heavy live and on record.

Looking back, it’s of course obvious that much like seventies peers, ZZ Top, KISS, Cheap Trick, and others, Aerosmith took full advantage of the promotional power of video and MTV but it has to be noted that they also took full advantage of the opportunity to prove themselves again. Yeah, they worked their rock and roll asses off. And they never stopped. Aerosmith would eventually follow up Pump with second consecutive seven-million seller Get a Grip (which featured seven singles) before a couple more platinum or higher releases then slowing down with a gold certified album of blues covers and 2012’s Music From Another Dimension which while pulling far fewer sales than the average Aerosmith release, still featured great songs.

As the world knows, it’s hard enough to have a hit, even tougher to become stars, and near impossible to reach legendary status yet Aerosmith have done all the above and more even reaching the top of the mountain on multiple occasions. Aside from a few lost years, the original classic band line-up has stuck it out together great album after great album. It could actually be said that the band has yet to put out a bad one. Fifteen studio albums in over 45 years and I can honestly say that I have never cringed putting on an Aerosmith album and over the years, most of them have made me move emotionally, physically, and in the most rock and roll of ways. Yeah despite it being tied for second best selling Aerosmith release Pump might not be in my top five albums by the boys from Beantown but one I can listen to as easily as any other Aerosmith record. It’s got the cocky swagger, even with rehab, it’s got the loose stagger, and even as Steven Tyler has got the balls to be full-on Pump bragger, it’s got the rock and roll credentials to be considered one of the best records ever.

And that’s not me just pumping it up…

Aerosmith‘s “Love In An Elevator” video:

Aerosmith‘s “Janie’s Got A Gun” video:

Aerosmith‘s “What It Takes” video:

Aerosmith – What It Takes (Official Video)

Aerosmith‘s “The Other Side” video:

Aerosmith – The Other Side