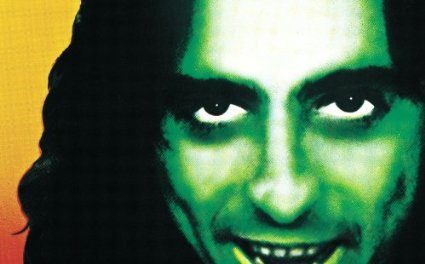 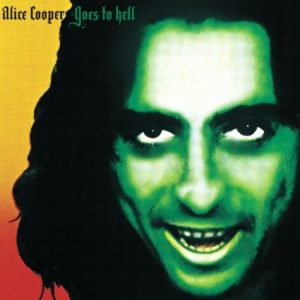 Review:
There is no question that Alice Cooper, the individual, has forged a great career by himself but back in the beginning, Alice Cooper was a band. A lot of people know Alice Cooper due to his studio albums starting in the late ’80s when he made his comeback with Constrictor before following that up with two very good albums in Raise Your Fist And Yell and Trash. Since that time, Alice Cooper has never looked back touring relentlessly and releasing studio album after studio album with some obviously being better than others. However, prior to coming back with Constrictor, Alice Cooper went through a rather dark period where his drinking was out of control and his musical output at best all over the place.

On the 40th year anniversary of the release of Alice Cooper Goes To Hell, I see it as both a hit and miss affair, and it is the start of Cooper’s decline until he hit rock bottom with Dada and presumably in his personal fight against alcoholism. It is almost shocking how Alice Cooper can serve up an incredible powerful track such as “Go To Hell” and immediately follow it up with a pop song (“You Gotta Dance”) which I surprisingly still like to this day before serving up the bore of a song “I’m The Coolest.” Talk about killing all momentum on an album. “I’m The Coolest” is anything but cool. It is slow. It is dull. It has Cooper talking rather than singing for the most part. It should have been left off that album. Just when you think the album is going to total shits, Alice Cooper brings it back up ten notches with the fun “Didn’t We Meet” which starts off with a piano before rocking out to a strong guitar riff. The song would have fit nicely on one of the Alice Cooper classic albums such Killer and School’s Out.

It’s no surprise that Alice would have tried to capitalize on the success of his ballad “Only Women Bleed” from the Welcome To My Nightmare album by coming up with a similar type ballad in the hope that lightning will strike twice. “I Never Cry” is actually a nice ballad but one that lacks that proverbial punch. “Give The Kid A Break” would have been quite comfortable alongside the rest of the songs on Welcome To My Nightmare except that it has a decidedly upbeat feel to it. It’s not one of Alice Cooper‘s strongest tracks but it’s a fun song that is different than what you would usually hear. The underrated gem on Alice Cooper Goes To Hell is the song “Guilty” which I was very happy to hear get some love by recently being played live at Alice‘s last stop in the province of Ontario in Canada.

Unfortunately, from there, it’s a “miss” affair with the dull “Wake Me Up Gently” which does not capture the magic of a “Steven” that can be found on Alice Cooper Goes To Hell‘s predecessor Welcome To My Nightmare. “Wish You Were Here” plods along without a whole lot of melody during the verses and the rather disappointing chorus of “Having a hell of a time my dear, wish you were here” that can be heard over and over — clearly, an uninspired number.The very short  “I’m Always Chasing Rainbows” is akin to a lullaby at the start and simply an embarrassment by the time that the church like chorus kicks in. Alice Cooper Goes To Hell closes with “I’m Going Home” which is another boring dull track. If it wasn’t for the intriguing lyrics about what is going on with Alice Cooper at the end of the album, there would be no utility to this track.