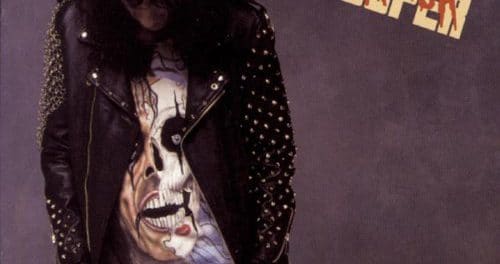 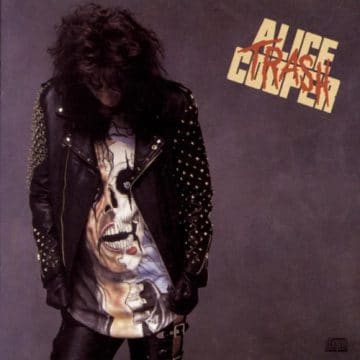 Review:
I was late joining the fan base when it came to Alice Cooper. I knew some of his songs from the 1970s, along with him having one of the best stage shows. Oh, yeah, I knew him from the Muppet Show episode from 1978. However it wasn’t until 1987, when he appeared at ringside for Wrestlemania III in Michigan (seconding Jake “The Snake” Roberts), when I started to think this guy is really cool.

I was too young to remember the 1970s Alice Cooper Band, so in 1996, when a co-worker at the time asked me to go with him to see an Alice Cooper / Scorpions concert in Burgettstown, Pennsylvania one summer, I thought “Why Not?” The venue was an hour plus drive for us, from my hometown of Columbiana, Ohio, so road tripping also sounded fun. After seeing the show, where Alice ended up being the opener, I ran out the next day to buy as many Alice CDs I could find, because I became an instant fan (along with the new found respect for guitar player Reb Beach, who was playing in Alice‘s band). Although I liked hearing “Poison” on the local radio station when it came out, I never ran out to buy the album (there were just so many acts I could afford at the time with a limited allowance income), but years later after the show, I found the Trash CD at a Best Buy in the sale bin, and grabbed it to add to my growing Alice collection.

“Poison” starts off the album, with its famous intro and guitar riff. The song has become one of Cooper‘s most famous songs, charting at #7 in the US. Alice hadn’t made the charts since 1977’s “You And Me” (that single hit #9 on the U.S. Charts). Most people who stopped listening to Cooper‘s work came back to him with this song, with its major MTV and radio play. Track two “Spark In The Dark”  flows well on the album, right after “Poison.” It has a ’80s sounding feel to it and fits well with the classic Alice Cooper song style. The song is only four minutes long, which is nice as well. This song probably sounded much better with a full live sound (from my guessing from watching the YouTube concert footage of it). The rocking tempo of the song keeps the classic Cooper fans happy while listening to the album as a whole.

“House of Fire” is one of my favorite Alice Cooper songs in his whole catalog. Co-written by Joan Jett, it was the third single off of the album. The song has a radio friendly sound to it, while just being heavy enough not to turn off hard rock fans. I state this comment in many of my reviews, because when some acts get major radio play, some fans of hard rock immediately yell that the artist “Sold out”. When looking at the chart position for this review, I was shocked to see that this song did not chart higher in the US. I remember this song being played on my local Top 40 radio station (just outside Youngstown, Ohio) when it came out. It’s just a catchy song to sing along with, especially with the chorus.

“Why Trust You” is a song that is a short, which is sometimes good in my opinion. Sometimes shorter is better, with no filler solos or extended choruses that should have faded out minutes earlier can sometimes make a song more enjoyable to me.  The lyrics are filled with the stereotypical lines built for the Alice character, like “You’d sell the Bible to the Devil himself.” Alice Cooper has always had humor to his songs, even though sometimes the references are meant to be deeper in meaning, especially now with Cooper‘s Christianity. The guitar work is nice on the song, with additional work by Guy Mann-Dude, who was a favorite player one of my childhood buddies, who was a guitar player. It was through my friend that I even knew who Guy was, so I recognized his name when reading the liner notes for this album.

The next song is one of my all time favorite Alice Cooper songs, along with one of my favorite ballads that he recorded. “Only My Heart Talking” was one of the first ballads I ever heard from Cooper, seeing this video played all over the video channels at the time. This was the fourth single released from the album, with singer Steven Tyler adding backing vocals, which you can strongly hear at the end of the song. I remember the song’s video, with Alice and the band performing the song during sound check, while the girl is packing her things to leave. The humor of the video at the end is subtle, with the girl getting into a car with the license plate “Steven,” while Alice gives a backstage pass to another girl who was standing outside. Now being more knowledgeable with the Alice character, the “Steven” plate is funny to me (is it Steven Tyler or the Steven character from Alice’s albums?). The song itself is just a great ballad with a catchy chorus that every time I hear it, I think of going to that 1996 concert with the co-worker while he sang the song all the way during the drive to the show. The great thing about music is that songs can take us back to where we were when we first heard it, or who we were hanging out with at the time. Although some may not be a fan of this song, it holds good memories of  going to the concert and where I was at in life at that time.

“Bed of Nails” starts off with a slow opening, like a creature stalking in the dark in a horror film, which is great for an Alice recording, but when the song continues, I lose interest in it. If there was a filler song on this album, this may be it. The lyrics are not as strong as other songs on the album, even though this was released as a single (but not in the U.S.).  The music is fine on the song, but just compared to the other songs, it’s not a favorite lyrically.

Track seven is “This Maniacs’ In Love With You.” What better song title for an Alice Cooper record than that? The strong guitars make up for the ’80s feel of the song with heavier keyboards and a cowbell in the background. Not that  the ’80s feel is a bad thing; just listening to it today in 2019, I can tell it was an 1980s recording. The lyrics has the perfect Alice Cooper references, using symbols like madness, therapy, and straight jackets in a love song. This song also has a mid-tempo rhythm to it, which is different than the ballads and the straight rock used on other songs on the collection.

The title track “Trash” has an Aerosmith blues/rock feel to it, which is not surprising since Tom Hamilton and Joey Kramer of the band play on the song, along with Jon Bon Jovi adding backing vocals. I am not a huge Aerosmith fan, so this song is probably the second least favorite of mine on the album, but it is not enough to make me skip the song. Comparing to the other songs on the album, it just isn’t my thing, but I’m sure it sounds better in a live setting. It is still a good song that flows well with the whole album, but it’s not a song I would randomly just pick out to listen to on my playlist.

One of the songs that surprised me when I listened to the CD (I hadn’t listened to this in many years) was “Hell Is Living Without You.” This song has rock opera written all over it, and fits the Alice character perfect. Even though Cooper is known for his shocking theater live show, this album was a comeback of sorts for him in the 1980s rock scene. A theater type song on the album may not have fit any other artist but Alice (perhaps Meatloaf). The song was co-written by Jon Bon Jovi, Richie Sambora, Cooper, and Desmond Child. The strong chorus filled vocals, the powerful instrumental crescendo that fades to just guitars playing at the end, is a hidden gem on the album. I could see this song performed today during Alice‘s shows, and would like to see what kind of theatrics he would put to the song. This deeper track is one that people should check out if they have not before.

The final track, “I’m Your Gun,” has a punk/ rock feel to it. It is a good ender for the album, taking the listener to the eerie opening of “Poison” to the full on punk/rock train ride. Just like the train, the song just stops and the record ends. I like albums that end on a strong note, and makes you wanting just a little bit more that you have to start the album over again to get your fill, and this song does it for me.

I had the Trash CD in my collection for years, but for some reason I didn’t listen to it as much as the others in the Alice Cooper collection. After listening to the CD now, I am going to listen to it more when deciding on Alice Cooper music. With the exception of maybe one or two song, the album is full of great songs (but listening to it as a whole, those two songs fit better in the overall listen). Cooper aligned himself with great co-writers, producers, and guests to help create an album that was definitely a hit for him and help resurge his career that is still continuing today. Even though the title says Trash, this is not one to put in that kind of bin, but should be rediscovered if you have not listened to it in a while.