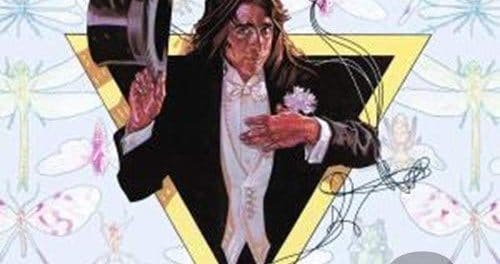 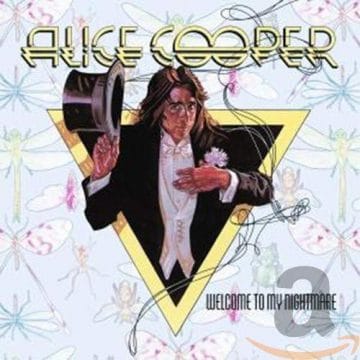 Review:
I remember the days when a music fan would go to the mall or record store, buy the release of their favorite act, physical copy in hand, and listen to the complete release on whatever player they had (record, cassette, even CDs). The whole idea of listening to full albums, especially a concept album, has become mostly lost today due to the downloading of songs, making music more focused on singles.

Singles have been around since the start of rock music, which many acts were given album deals of the basis of if the singles sold well enough. Growing up in the 1970s and 1980s, concept albums were the artists’ way of creating their own movie soundtrack. Titles like Tommy and The Wall are well known concepts, and bands like Styx have used the themed albums. Even though the artists needed singles to help generate album sales, there are some albums that need to be heard in its entirety to appreciate the artistic layout. Alice Cooper’s Welcome To My Nightmare is one of those records.

After touring for years, the members of the Alice Cooper Band were burned out, and wanted to take a break by recording solo albums (according to Alice Cooper’s Golf Monster book). Alice and manager Shep Gordon wanted to take the act in a different direction, thus becoming Vincent Furnier being the man known as Alice Cooper (the solo act), and creating his masterpiece about a boy’s inability to escape his nightmares. Alice and Gordon got Atlantic Records to help with the release, due to a contract clause that stated Alice could release a “soundtrack” album, which was perfect for his vision of a more theatric statement.

The opening title track is a staple during the Halloween season among rock fans. For me, it is one of the first times I heard of Alice, because of his appearance on The Muppet Show. This is a nice opening to the theme of the album, and as a single, it can stand alone (which became a hit). The song sounds like a mix between The Doors meets James Bond, starting off with a creepy beginning, then kicking into an orchestration full of power (which the Bond influence comes in). Alice sings on this song, as opposed to having angry vocals where some of his other songs are known for. Welcoming the listener into the dreamworld, and the main character’s breakdown, the lyrics are terrifiying but still keeps a cool vibe throughout.

“Devil’s Food” has a harder feel compared to the first song. This has a majestic sound to it, which is similar to the band Queen, or the psychedelic songs of The Beatles. The horror legend Vincent Price provides a short history of spiders towards the end of the song, playing the part as the “curator,” a guide taking us through some of the species, which leads the listener into the next track. The addition of Price on the album is perfect for someone who was going into a horror style concept about nightmares, which Michael Jackson recreated years later for his “Thriller” song. “The Black Widow” has great guitar and drumming throughout, and is not too far different musically than some of the songs that would been heard on the earlier Alice Cooper releases. Alice basically speaks the verses, which adds to a narrator style in the nightmare. The drumming in the middle of the song switches up to a march, which adds to the song’s creepiness.

“Some Folks” has a Broadway feel, with strong horns and a jazz mix. The chorus is simple lyrically, but has a catchy sing along melody that will get stuck in the listener’s head. The interesting thing about this song is how many parents were so afraid of the Alice character, but if this song was on the radio without being told who the artist was, they’d probably enjoy the song. The so-called hard rock villian adds humor to this record by using a “West Side Story” type approach, especially since Alice was seen as something evil among the masses of parents.

The ballad “Only Women Bleed,” became a hit for Cooper, and is still played at most of his shows to this day. Many people have tried to decipher the hidden meanings of the song, but it’s definitely one about an abusive relationship, regardless of others who may add to the idea’s meanings. Lyrically, there are some neat things going on here, including the fact that there are no character names, just “man” and “woman,” instead of giving them actual names. The simple naming shows a creative songwriting approach. Also, Cooper discusses a taboo topic of abuse, which coming from 1975, is another underrated point to be made about the track. Many songs did not discuss serious subjects such as this. The guitar riff is one of the more famous ones in the Cooper catalog. This is a three and a half minute tune with no extra filler. I love the way the song has evolved in a live setting throughout the years.

Another song that I enjoy more in a live settting is “Department of Youth.” The first time I heard the song was on the Live At Montreaux DVD from 2005, which was the band’s opening song. After “School’s Out” and a few other songs before, this song is   an attempt of a rock anthem. This is another song that could be a single without having to know the whole concept of the record. The ending part, where Alice asks who gave the power, and the backing vocals yell “Donny Osmond,” shows the humor that continues in the Cooper songwriting, even after the original band’s break up, using pop culture in his songs. Even though I like the live versions better, this is still a good song. One of my favorite songs in the whole Alice collection is “Cold Ethyl,” due to its  guitar riff and strong drumming (with cowbell) carrying the song. There is also humor, again, to the song, with the character talking about the dead woman. Some have even interpreted this to be a song about alcohol, but regardless, this song rocks with its guitar work and solid drumming.

The nightmare continues after the two rockers with “Years Ago, “a carnival vibe with a creepy mood added. This song also takes the direction of a psychological aspect to the concept, with a horror feel as well. The Steven character is given his name in the lyrics on this song. This is three minute scare-fest with a short amount of lyrics, which brings up my favorite style of horror that less is more. “Steven” continues the main character’s tale, with a piano segment, similar to the theme of the “Halloween” movies. Steven is fighting to wake up from his dream, which as a whole story, shows the struggle in the nightmare, where he tries to wake up because the dream is too real or scary. This is a song that if someone heard just the single, may not be that impressed, as opposed to listening to the record as a whole, which brings more terror and a physiological aspect. The listener can really appreciate the songwriting and musicianship on the project once they listen to the whole idea and not just the song standing alone.

Steven is now awake and looking for his wife in “The Awakening.” The drum parts in the song helps out the tone of the story. The drum emphasis in the song, makes this listener interpret that something is being driven, possible an attack, such as an axe dropping, or a guillotine (another one of Cooper’s favorite stage props). The piano playing at this time brings and added tone to the song, almost like blood trickling after the axe blow. This could been a soundtrack to a Edgar Allan Poe writing. The final song, “Escape,” is a great ending to the story, making this listener wonder if Steven is in the ward wanting to get out, or did he escape the nightmare? It has a 1970 style format to the song, with the drums and the clean sound guitar playing making the song almost a pop song. The song has been used in a few of Cooper’s live shows the past few years. Cooper gets a songwriting credit here, but the song was first done by Kim Fowley. Alice added changes to it, and it is a rare gem in the Cooper collection that many forget about. It’s hard to say that there is a plain fun song to listen to on a horror album, but this is one that makes me feel good listening to.

Even though there are a few songs that were released as singles on the release, to fully understand and appreciate the songwriting, musicianship, and concept of the project, Welcome To My Nightmare needs to be listened to in a whole sitting. Not only were there topics that were being discussed before other acts were discussing, making Alice ahead of his time, it has wonderful musicians, such as Dick Wagner and Steve Hunter on guitar, and the legendary voice of Vincent Price. Alice’s solo release became a landmark album that influenced many musical acts in songwriting and adding horror to music. If you have not sat and listened to the whole release, it will take your appreciation of the godfather of shock rock to a new level by doing so.