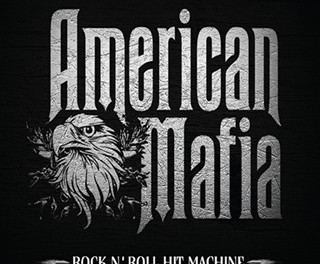 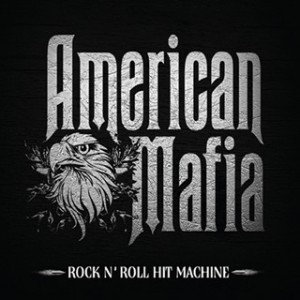 Review:
American Mafia is the brain-child of guitarist Tom Jude and bassist Freddy Villano, who have worked together off and on since the early ’80s. The duo were part of the little known Holy Water and have toured with artists such as Doro, Quiet Riot and Dee Snider’s Widowmaker — add former Keel drummer into the mix and American Mafia certainly have an impressive resume.

With the death of Holy Water frontman David Knight earlier this year, Jude and Villano were thrust into a difficult situation. In the end, the pair decided on recruiting a series of lead vocalists to bring the debut American Mafia album to life. With six singers taking hold of the microphone you might expect Rock N’ Roll Hit Machine to be a bit disjointed, but it flows really well and is a throwback to ’70s blues-based hard rock.

The opening “Obsession” ventures into Paul Shortino fronted King Kobra territory while “Every Time” is a more straight-forward rocker sung by Jimmy Kunes that isn’t unlike classic Nazareth. The harmonica vs. guitar riff intro of “Death & Satisfaction” leads to an energetic number before “Friendly Fire” slows the pace considerably for a Whitesnake influenced turn. Singer Ed Terry returns for “If I Knew”, a song that has the brooding sound of Lynch Mob during the verses and almost becomes pure AOR during the chorus — I like it, and conclude that Terry is the shining star among the album’s guest vocalists.

The second half of Rock N’ Roll Hit Machine starts off with a bang in “Man On The Flying Trapeze” before losing momentum with an old Holy Water cover of “Living For The City” and the limp-wristed “The Sky Is Falling” — the latter proving that John West‘s contributions to this album are the weakest of all the vocalists involved. Keyboardist Mike DiMeo lends his voice to “Let Me Go” and does an admiral job in delivering yet another Lynch Mob throwback while the addition of the heartfelt and tear-jerking ballad “All I Need” becomes the perfect swan song for David Knight — and probably should have closed out the album.

By no means an innovative release, Rock N’ Roll Hit Machine perfectly captures the bluesy side of a genre that reached its commercial peak some forty years ago. However, not unlike Holy Water, American Mafia occasionally drifts too deeply into AOR — and while the changes in tempo and delivery mix up the proceedings, the band are at their best when they rock out and pay homage to some of their idols.