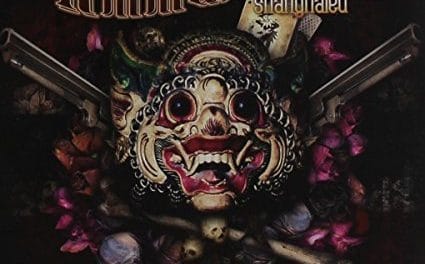 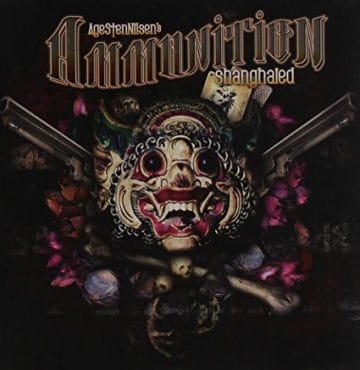 Review:
I can’t keep this one under wraps anymore. Ammunition have made a very strong impression on me and in record time. It all stems back to my visit to Rock N Skull earlier this year at the end of October. I didn’t have time to check out all the bands on Rock N Skull‘s roster so ended up not checking the group with the heavy name and presumably heavier music — Ammunition. As three Decibel Geek website contributors and I made our way via motor vehicle to the seemingly small city of Joliet in the state of Illinois, some of the other guys were familiar with Ammunition and played a few of their songs along the way. As soon as I became aware that Eclipse‘s frontman Erik Mårtensson was part of the Ammunition project, my interest spiked rapidly as pretty much everything that Mårtensson seems to be involved with (for example, Eclipse‘s last album Armageddonize or his Nordic Union project with Pretty Maids frontman Ronnie Atkins) these days turns out brilliant.

Although it was difficult to get a real appreciation of Ammunition from hearing them on the ride to Rock N Skull, they made enough of an impression on me that it was the first of six CDs that I would purchase during my time at the festival. It turns out that was a smart move as any record associated with Mårtensson had seemingly sold out by the time that Eclipse had finished their stellar set on day two of Rock N Skull. Ammunition did not disappoint either on day one of Rock N Skull and even though I hardly knew their songs, I ranked them #5 overall out of the 31 band or artist performances that I saw.

Ammunition‘s Shanghaied album essentially picks up where their amazing live performance left off. The songs that I instantly liked at Rock N Skull — the absolutely “goose bump” variety ballad “Road To Babylon” and the gospel like “Take Out The Enemy (Hallelujah)” — turn out to be some of the highlights for sure. However, what I was not expecting was the depth of the material and how many standout tracks Shanghaied indeed contained. I readily admit that I am not the biggest melodic rock fan preferring the sleazy grimy variety most of the time but I have always thought that really really good melodic rock with an edge may well be the best of all. There are only a handful of bands (H.E.A.T and Eclipse come to mind) that have achieved that lofty criteria in my eyes and only for select albums and Ammunition are now part of that elusive group.

As it turns out, Mårtensson‘s handprints are all over Ammunition‘s debut album Shanghaied as the Swedish musician handled the producing, mixing and recording duties on top of playing guitar and bass on the album. That can only be a good thing! Interestingly, Ammunition evolved from a solo album by singer Åge Sten Nilsen to more of a full band effort as Mårtensson explained to me in a recent interview for Sleaze Roxx.

I might as well start with the two tracks that I instantly liked as soon as I heard them. Similar to my general apathy for a lot of melodic rock, most ballads do not register with this guy but I can really appreciate the really good ones. “Road To Babylon” is simply one stellar ballad from start to finish. It’s the kind of song that as soon as you hear it, you know you’re hearing something really special. In this day and age when music listeners are subject to a veritable avalanche of new music, it is quite difficult to come up with something truly original but Ammunition have seemingly been able to do that with another one of their standout tracks — “Take Out The Enemy (Hallelujah).” The track starts off with what appears to be some clapping and gospel like background vocals before the song takes off with its infectious melodies and Sten Nilsen leading the song with his powerful voice.

Now is a good time as any to talk about Sten Nilsen who simply has one of the best voices that I have heard in the last few years. Many will know Sten Nilsen for his time in the Norwegian glam rock band Wig Wam, which is a band that has admittedly and perhaps sadly never been on my radar — until now! Sten Nilsen‘s voice also adds that much needed edginess to the material.

What makes Shanghaied such a great overall album is that there are only good tracks on it — with a hefty twelve in total — and at least half are of the stellar variety. “Do You Like It” has one great chorus which will make it virtually impossible for you not to sing along to it. “Shanghaied” is a moody rocker with another great uplifting chorus and some cool guitar parts. Sten Nilsen‘s vocals truly shines on this song. “Wild Card” is pretty much a melodic rock fan’s wet dream with slowed down verses and another catchy sing along type chorus. “Tie Me Down” is the kind of track that you’ll be singing along to and one of the heavier songs on the album. The rest of the songs on Shanghaied are all good ones and none that I would consider of the filler type.

Ammunition‘s debut album Shanghaied is a must pick up for anyone who loves quality melodic rock with a bit of an edge. The good news about discovering a great band like Ammunition a little later than I should of is that the Scandinavian band will have its sophomore album out hopefully sometime in 2017, which is just around the corner!

Ammunition‘s “Tie Me Down” video:

From the album “SHANGHAIED” 2014.Download “Tie Me Down” single version from iTunes:https://itunes.apple.com/no/album/tie-me-down-single/id893500588Follow th…