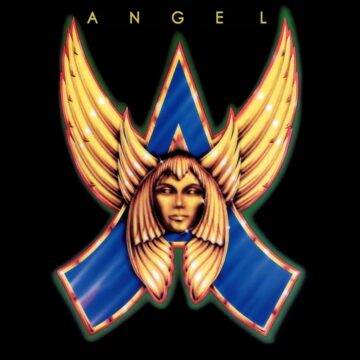 Review:
The last thing on my mind as I ventured out of our American apartment building into the cold Hoechst German winter night in 1978 was a chance encounter of anything life-altering yet as I stepped out into the eerie glow of street lights glaring off the snow covered walkways the unexpected lay in wait just around the bend. To this day, I’m still not sure what prompted me to go out or what my parents were even thinking in letting me go but what I am certain of is that standing in this neighborhood just at the base of the Taunus Mountains, was a beyond freezing experience that looking back now, no one in their right mind would have any mind to take on without any sort of dire reasoning. As a well-cared for 12-year-old, I certainly had no serious need to go outside in the severe cold unless perhaps having a hyper streak and a need for the miracle of a companion in the cold to kill boredom be an emergency.

If memory serves me correctly, leaning into the harsh wind (parka and all), it was only on the edge of the housing area that I noticed a melody within the wind. Something I had never heard before which on further inspection I found to be coming from a figure walking in my direction tightly holding a small tape recorder struggling to get the strains of rock and roll out of its near frozen speaker. Once within the same light, I discovered that the figure was an older Army brat from the neighborhood, and following the simple question of “What are you listening to?”, I was handed a BASF cassette with the words “Angel White Hot” scribbled on it. That simple old tape was the start of a journey that would lead to a lifetime of emotional musical therapy thanks to the band Angel culminating in traveling hours to Nashville 40 something years later to finally hear many of the bands’ songs performed live by reunited singer Frank DiMino and guitarist Punky Meadows backed by an amazing cast of musicians. But in 1978, Angel were already on their fourth record with but another studio and a live album to follow before calling it quits but before the middle of winter, I managed to get my hands on tunes from all the previous releases including the stellar 1975 self-titled debut.

That Christmas vacation that started in the middle of December 1978 plowing through the start of 1979 was musically an incredible year and as usual, Christmas itself brought with it cool new cassettes and records and that year, a brand new Sanyo boombox and a ton of blank tapes. After my near blizzardly walk, it also tapped into me a desire for any and all things Angel, my mission concluding with that same kid handing me another cassette, this one containing On Earth As It Is In Heaven and later that week picking up actual copies of Helluva Band and the debut on cassette and vinyl. Much like KISS, discovering the music of Angel in reverse order of release was a strange yet oddly cool thing at one point placing me once again in front of my bedroom turntable in the dark as out of this world sounds shot back and forth between the left and right sides of my huge headphones. In this case, the sounds were the keyboards and drums of the very first song on the first side of the very first Angel album — “Tower.”

Now there are certain musical sounds that for my ears are meant for experiencing in the direct stereo spectrum of headphones among them, the bombast of Rush‘s 1976 masterpiece 2112, which on first dark bedroom listen scared the living heck outta me, the drum break on Ted Nugent tune “Paralyzed” from his 1979 State of Shock record, anything from Pink Floyd‘s ’70s material, and last but way not least, “Tower” which starts off with keyboardist Gregg Giuffria‘s explosion of science fiction effects sounds and Barry Brandt‘s rolling drums. Even all this time later hearing it in full surround sound rolling around the speakers of my studio, it raises the hair on my arms creating multitudes of goosebumps, partly due to the incredible sound and partly due to the memories of the times it conjures up in my nostalgic head. More modern music listeners these days might not find it as moving as rock fans who experienced the sounds firsthand back in the ’70s but for me, it still amazes as much, if not more than similar types of current rock and roll much like for many, Star Wars still holds up to a good bit of this generations technically loaded films.

Some may disagree but to this day, my ears still find the sounds of the eight songs from that first Angel album (and the rest of the catalog that followed) enchantingly charming at times, and bombastically explosive at others. Even on occasion majestic yet sometimes vaudevillian but overall, incredible. While labeled by many the antithesis of Casablanca label mates KISS, Angel‘s sound and style from the start was far more diverse in a way that could actually be considered more akin to Queen than KISS, which is partly why I was not even remotely surprised when finding out that years after its quiet appearance on the world, “Tower” had found a place within advertising on AOR stations at the dawning of the ’80s. But while “Tower” might be the record’s masterpiece, it’s not the only gem to be found within the wax grooves of Angel‘s first.

Perhaps the most unique thing about Angel was an ability to make each of their records different while still maintaining that Angel sound. Where Helluva Band was a bit more arena and glam rock, On Earth As It Is In Heaven a bit more playful and whimsical, White Hot slightly more energetic and moody and Sinful catchy power pop, that first 1975 release could be considered a fine line between prog and hard rock. On the rock and roll anthem side, you had the aptly titled “Rock And Rollers” with its grinding bass, lead guitar filled homage to the great concert experience lending an almost “We’re An American Band” vibe. “On & On” delivers an Angel groove that would pop up ironically on and on throughout the band’s future releases switching back and forth between the band’s heavy side and their signature hooky choruses. “Broken Dreams” is a lyrical tale with a cool heavy ’70s edge broken up only by the occasional keyboards of Giuffria that even earlier Deep Purple would have loved to have written. Classical progressive grit with an edgy solo and out of the blue tender interlude making way for a powerful punch back in.

Of all the debut’s rocking tunes, perhaps the most progressive after “Tower” is “Sunday Morning” which while containing leanings to future Angel tunes and yet another amazing Punky Meadows solo, is one of the more tempo switching rollercoaster rides of the eight songs and loaded with musical theatricality. If ever there was an edge of your seat moment needed on Angel‘s introduction to the world, it can certainly be found on “Sunday Morning” if by miraculous chance “Tower” somehow didn’t grab from the jump.

History has shown Angel though not to simply be a one-trick rock pony and in addition to an impressive amount of pomp and roll, the band’s first studio trip out of the gates of Heaven not only made use of the great talents of Brandt and bassist Mickie Jones holding down the low end, Giuffria filling in the accents, and Meadows bringing the guitar lightning but also the one-of-a-kind powerhouse vocals of DiMino just as suited for beautiful ballads as it was for rock tunes. DiMino could not only belt out insanely over the top rock vocals, but pull the toughest of heart strings with a beautiful voice on par to anything delivered by Zeppelin‘s Robert Plant, Rainbow‘s diminutive then new frontman Ronnie James Dio, or even vocal wonder Brad Delp of the band Boston. Actually, while I say “could”, finally seeing him perform many of Angel‘s songs live with Punky a couple years back, I should actually say that he can still kill it vocally but as a kid, while I was in awe of Angel‘s energetic rock songs, it was DiMino‘s delivery on the group’s unique ballads that influenced my then pre-voice change vocal style making him one of my earliest hard rock vocal inspirations.

Although I always felt as the second track in, the beautifully orchestrated “Long Time” might have been better suited for later on in the record, it remains to this day one of my favorite Angel ballads and is as beautiful as it is sad. Making use of trademark visual lyrics delivered by DiMino‘s emotional voice, it is near impossible not to get caught up in the desperation of the track as the vocals emotionally float over and above the music until suddenly out of the blue, the tempo turns darker and heavier. The only soft moment heavier perhaps being the heavy handed acoustic piano throughout the album’s other proper ballad “Mariner”, a tune as emotionally expressed but more of a classic tale than tearful ode to love lost. Unfortunately, the only other moment meant to possible be just as dramatic, closing instrumental “Angel (Theme)” falls short marking in my opinion the lone throw away moment on Angel‘s first release (as well as on followup Helluva Band) but maybe it’s just my distaste for instrumental theme songs named after bands. To this day, I prefer to skip over the “Love Theme from Kiss” when listening to their debut and please, don’t get me started on the numerous versions of Ace Frehley‘s “Fractured” franchise. Yeah, I know it’s not named after Ace but still, yawn.

Of all the great bands I consider myself an all out fan of, bands that in some way have influenced my own musical creations, Angel are one of the few with a catalog that I absolutely adore every release from including the band’s double live record, the DiMino / Brandt Angel release In The Beginning and I was absolutely blown away by last year’s Risen record. I love that each year, I learn something I never knew about the band, like how the last three songs on the this first one make up a 10-minute musical suite. Go figure! As my introduction to Angel‘s White Hot in 1978 will always be my first love leading to me discovering the first four records in reverse, somehow over the years, the band’s debut has become connected to my own 1975 space and time even though the music of the band didn’t find me til three years later.

My true memory says otherwise but even if I was clueless in 1975, nostalgically, I find it impossible to revisit my pre-teen rock and roll soundtrack that included Alice Cooper, KISS, Aerosmith, and Deep Purple without hearing songs from that first Angel record in the mix and oddly enough for me, that’s not surprising. On first listen, Risen carried me back in time to when I first fell in love with Angel and for anyone emotionally enamored with any certain rock and roll band, that’s a rare emotion to revisit on a new level in an entirely new time and space years after the fact and a gift cherished. The same out of body feeling myself and others soaked up seeing Frank and Punky rock out old Angel tunes the past couple of years and for many of us, a feeling that these days shows up not nearly as often as we would like. Thanks to bands like Angel, who might not have reached the same legendary pop culture status as label brethren KISS, it’s not only something we fans get to hold on to to, but hold close to us like a near secret hidden gem “On & On” for a long “Long Time.”