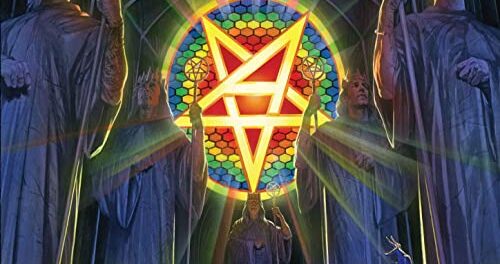 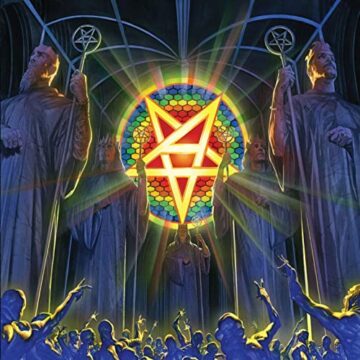 ANTHRAX
FOR ALL KINGS
Released on February 26, 2016 (Megaforce / Nuclear Blast)

Review:
Anthrax came roaring back in a huge way with their 2011 effort Worship Music. The album received critical acclaim after the ill-fated Dan Nelson experiment. It was shortly followed by John Bush declining an offer to rejoin the band (again) on a permanent basis. So re-enter singer Joey Belladonna, who with all due respect to John Bush is ‘the voice’ of Anthrax. We can’t forget Neil Turbin. How can we? That’s the guy’s claim to fame. He talks about nothing but his brief time in the band. Armed with a potent new album, Anthrax toured extensively behind Worship Music and along the way guitarist Rob Caggiano turned in his resignation and joined the ranks of Volbeat. Anthrax wasted no time and added former Shadows Fall guitarist Jon Donais and they didn’t miss a beat. It was incredible.

With Donais having proved his value on the road for what seemed like an never ending tour, Anthrax reconvened to begin writing sessions for what they said would be ‘most thrash metal record’ in over 20 years. The truth is when a band issues an album as powerful as Worship Music, that’s a tall order. And while the hardcore fans fell in line with the “this is our best work to date” mandate, I say not so fast. Released on February 26th, 2016, For All Kings is without question a ‘good’ record. For All Kings has got some great riffs on it, Donais fits right in, no doubt due to his [then] close to three years in the band. Joey Belladonna’s vocals haven’t been better, the melodies are unsurpassed and this record proves that Charlie Benante is a much better drummer than you ever thought he was. The production by Jay Ruston is once again top notch. If you caught this tour, you’re aware that this tour picked up right where the lengthy Worship Music tour left off.

Where things fall short is in the songwriting department, unlike its predecessor, For All Kings seems to have been written in the same headspace as Anthrax post Sound of White Noise era. In fact, the album reminds me more of We’ve Come for You All, which is a middle of the road kind of album to me. For All Kings has three killer tracks that the band worked into its live set — “Blood Eagle Wings,” “Evil Twin,” and “Breathing Lighting.” The rest of the album leaves me feeling a little bit indifferent even in revisiting in 2021 on the album’s fifth year anniversary. There was an import only edition of For All Kings, which I thought added a little more value to the package. It featured live renditions of the classics “A.I.R,” “Caught In A Mosh,” “Madhouse” and a new concert staple “”Fight ‘Em ‘Til You Can’t.” It’s worth seeking out. Anthrax are said to have begun work on a new album and as a long-time fan, I can’t wait to hear it. Can it match Worship Music? Who knows. Can it better For All Kings? Absolutely.